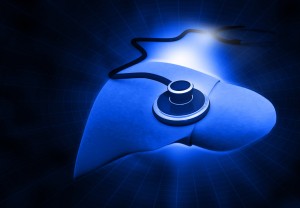 Prediabetes is arguably more dangerous to your health than is cigarette smoking.  For the smoker who is prediabetic, life insurance is a must.

This danger to your health stems from the fact that prediabetes and diabetes attack pretty much every organ in your body.  The blood vessels get destroyed (heart attack and stroke), the DNA of your cells gets damaged (cancer), your kidneys and your brain (Alzheimer’s dementia, cognitive loss and Parkinson’s disease).  One organ that many doctors are not aware of in the line of diabetic fire is the liver.

Non-alcoholic steatohepatitis (NASH) or non-alcoholic fatty liver disease (NAFLD) are two liver conditions that are very strongly linked to being prediabetic (NASH is the more progressive of the two conditions).

The principal tool for management of prediabetes and diabetes is diet.  While exercise is important, it is not as important as diet.  Avoiding environmental chemicals like plastics, styrofoam, pesticides, Teflon and flame retardants is another pillar of diabetes prevention.

That being said, there are a handful of nutrients and supplements that have a good track record for singlehandely fighting off diabetes.  The short list includes:

Vitamin D is a supplement that I have written about extensively over the years.  What I haven’t been as outspoken about has been it’s related vitamin, vitamin A.  Both vitamins function as hormones, not vitamins.  They do this by acting on your DNA to change what a cell is doing.  Contrast this with a true vitamin, which will act as a cofactor to help an enzyme do its job.  The receptor for vitamin D and the receptor for vitamin A work together to change the way a cell behaves.

It is for this reason that some researchers feel that vitamin D toxicity is really a relative deficiency of vitamin A.  Kind of like how taking too much calcium without magnesium can cause heart rhythym problems.  This doesn’t happen because of too much calcium, but rather because there is not enough magnesium to counterbalance the higher levels of calcium.

There has been some controversy in the past about mixing vitamin D and vitamin A, with some experts recommending the use of beta carotene (the precursor to vitamin A) rather than preformed vitamin A.  But I have looked into this concern and just really haven’t found any solid research suggesting that we need to be that concerned (although I do reserve the right to change my opinion based on future research).

With all of this out of the way, we can talk about the results of this particular study.  In it, researchers looked at the relationship between blood levels of vitamin A and the likelihood of developing diabetes-related liver problems (NASH or NAFLD).  Here’s what they found:

Based on this study, it is clear that vitamin A plays some type of role in protecting against both prediabetes as well as liver damage associated with prediabetes.  Given how inexpensive vitamin A is as well as how easy it is to take (much like vitamin D, vitamin A can be taken weekly).  Biotics vitamin A-Emulsion forte is the product that we use in the office.  I generally try to dose in a 1:1 ration, keeping in mind that this vitamin A has 12,500 per drop, so you’ll have to do the math depending upon how much vitamin D you are taking.

Categories: Liver Disease, Prediabetes, Vitamin D
Disclosure of Material Connection: Some of the links in the post above are “affiliate links.” This means if you click on the link and purchase the item, I will receive an affiliate commission. Regardless, I only recommend products or services I use personally and believe will add value to my readers. I am disclosing this in accordance with the Federal Trade Commission’s 16 CFR, Part 255: “Guides Concerning the Use of Endorsements and Testimonials in Advertising.”