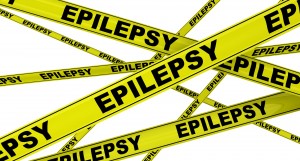 I have gone as far as writing a book on Migraines and Epilepsy to show that epilepsy needs to be treated from a full-body approach.

A brain-health approach needs to evaluate the condition from all aspects, including dietary choices, exercise, stress management, environmental toxin exposures and supplementation. Medications are NOT a part of long-term brain health.

To really drive this point home, this particular study looked at what kind of medical services were used by 8388 epilepsy patients (based on claims from 8 different insurance plan claims). Of the data obtained, this is what I found the most interesting:

There is a whole lot of information to be digested in this study. For starters, it’s probably highly, highly likely that epileptic patients are getting over radiated with CT scans. This is not a big surprise considering that ER docs in general have an itchy trigger finger when it comes to ordering CT scans. When a patient comes into the ER having seizures (and this is most likely from an episode of status-epilepticus) ER docs seem to ignore the guidelines on proper CT use and order one anyway.

This would be just fine if CT scans were not responsible for some 29,000 cancers per death per year because of the high levels of radiation involved. MRIs, while not a quick (and therefore profitable), would be a much better option.

As for the drugs used by epileptic patients, I think we can all agree that anticonvulsants are no big surprise. But what about the analgesic-opioids?? Personally, I found this a little bit surprising, especially to be the second most common class of drugs. The opioid class of drugs has been under the microscope for the past few years because of the number of deaths that occur annually from the use of this class of drugs. And we’re not talking about “misuse” here, but rather prescribed and used as directed deaths.

There is no doubt that it is an overused and dangerous class of drugs. To then use this class of drugs in epileptic patients, who already have concerns over SUDEP (sudden unexpected death in epilepsy) just doesn’t seem to make any sense to me.

The presence of antidepressants on this list is no surprise, given that depression and epilepsy have some very strong links and that many anti-seizure drugs are now being used to trip depression (Depakote and Topamax just to name a few). Both have similarities in that there is a problem with the brain cells communicating normally–making sure the right messages get passed and stopping the ones that are not supposed to move on. Many natural approaches like exercise and fish oils benefit both conditions.

The next on the list, the penicillins, was a disappointing shocker and really raises some interesting questions. The ketogenic diet is a very powerful tool used to treat even the most refractory of seizures, but despite the research about how effective it is, the mechanism by which this diet controls seizures is not quite known. One of the theories that makes sense is that the diet alters the bacterial flora of the gut.

If this is true, then the bacteria flora of your gut plays a massive role in controlling seizures. And, you are incredibly well aware of the fact that antibiotics absolutely decimate the bacterial flora in the gut, taking years and years to recover, if ever.

Because of this, the fact that penicillin is the third most common drug prescribed to epileptics is particularly worrisome because we just really have no idea what kind of negative effect any antibiotic is going to have on the delicate make up of the bacterial flora of the gut.

The final class, dermatologicals, is also an interesting one. Given the close relationship between the gut and the skin (there are many conditions known to affect both of these types of tissues) it may indicate that the gut is completely out of whack in epileptic patients.

The last two drugs both point to the GI tract as being out of balance in epileptic patients. For this reason, a natural approach to controlling seizures would have to address the gut as well as the brain. Sadly, the gut is rarely on the list of organ systems that need to be addressed when it comes to your neurologist’s management of your seizures.