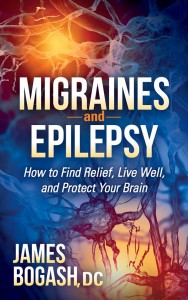 Vitamin B6 and your seizures

It is not in my nature to promote a one cause/one cure mentality. But sometimes certain approaches are so important that they need to be mentioned separately.

This goes for many conditions from diabetes to Alzheimer’s dementia. And certainly over the years I have pointed out research on single approaches that have been proven to help with migraines and seiuzres.

Some approaches, like exercise or the Ketogenic diet, require more much commitment from you. Some, on the other hand, are as simple as a daily supplement. Magnesium, melatonin, fish oils and vitamin D are some examples of interventions that have been demonstrated in medical research to help with seizures and chronic migraine headaches.

Some of these supplements work directly. Fish oils improve the health of the brain cell membrane, ensuring that messages get transmitted appropriately. Magnesium is essential for brain cell to generate energy (in the form of ATP) to function.

This particular article reviews a simple single-nutrient approach that works differently. Pyridoxine is the fancy name for vitamin B6. You may also hear it referred to as P-5-P, or pyridoxine-5-phosphate (the activated form, which skips the need for the liver to activate the B6 molecule).

Pyridoxine plays many roles in the human body, but there are a few functions that rise to the top. Especially when it comes to seizures and chronic migraine headaches.

But before we get into these important functions of vitamin B6, we need to have a brief primer on two different neurotransmitters in the brain:

Based on this, it would seem that anything that could increase GABA and decrease glutamate would be a really good thing.

Yeah—you guessed it. Vitamin B6 plays a role in both of these actions.

Which brings us back to the study. Researchers discovered low blood levels of pyridoxine in an 8-year old girl with superrefractory status epilepticus (the worst-case scenario; seizures that continue to occur for 24 hours or more after initiation of heavy-duty anti-seizure drugs). Restoring her pyridoxine levels improved her brain function as demonstrated by EEG. This led the doctors to look at vitamin B6 levels in 81 adults admitted to the neurological ICU with status epilepticus. We reviewed the records on patients admitted to the neurological ICU for status epilepticus (SE). Here’s what they found when these patients were compared to a group of epileptic patients in the outpatient clicic:

So what does this mean? It would make sense that vitamin B6 plays an important role in keeping neurotransmitter balance away from seizures and towards a calm brain.  But it would also makes sense that, once the cat is out of the bag, so to speak, that something as simple as vitamin B6 will not be strong enough to stop the wave of seizures that makes up status epilepticus.

This would put vitamin B6 on the list of must-haves for any person with epilepsy (and likely chronic migraines headaches as well). A good quality multivitamin (not your cheap “one per day” type of vitamin) should provide you with what you need.

2 thoughts on “Seizures and THIS B Vitamin; Could it be the Key?”