Although I’ve said it before, let me make it unquestionably clear; the use of antibiotics in conditions that are not immediately life-threatening are destroying your health far more then you can possibly imagine. 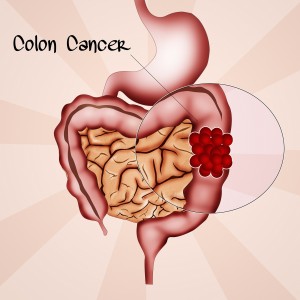 The list of chronic diseases associated with altered bacterial flora in the gut is extensive.  So extensive that they may play a role (some small and some extreme) in almost every chronic disease.  Even cancer.

Despite this, for some strange reason, mainstream medicine remains disconnected from this fact and limits the concern to antibiotic resistance.  While this is something to worry about if you happen to be one of the few that gets a septic infection that doesn’t respond to traditional antibiotics, the concerns of the millions who suffer from obesity, diabetes, GI complaints, heart disease and cancer should not get pushed to the side.

Society does seem aware of the problem and the use of probiotics following antibiotics has been on the increase.  But in no way, shape or form does supplementing with probiotics after antibiotics protect you from these severe dangers.

I know this may not be what you have been led to believe, but it’s true in most cases.  Here’s the important fact…

It is not a single bacteria in the gut that will save you and balance out your physiology and immune system.  Rather, it is the diversity of the bacteria in the gut that is the most important factor.  There are hundreds and hundreds of different bacterial species that inhabit the gut.  While we don’t have all the complete details ironed out (and likely never will), we know that there are patterns of these bacteria that promote health or promote disease.  Consider them like teams, playing for you or against you.

Antibiotics DECIMATE this all-important bacterial diversity and it takes YEARS to recover.  YEARS.

When was your last course of antibiotics??  And when was the course before that?

Personally, I have not had antibiotics for at least 20 years.  My son (now 9) has only had a single course when he was 5.  Nothing before or since.  And this is despite a recent pertussis (whooping cough) infection that we fought off naturally.

And yet I have patients who seem to be on antibiotics several times per year, almost always under the guise of trying to prevent a secondary infection, NOT being given for the condition itself.

But if you take antibiotics, even if it is only every few years, it is not likely that your gut truly has time to recover.  This is despite taking probiotics, no matter how many strains your probiotic has.  No matter whether is has one, two, 12 strains it is not going to be enough unless you give your gut time to re-balance.  YEARS.

And this is combined with a lifestyle that avoids NSAIDS (these alter the bacteria in the gut), stress and includes soluble and insoluble fibers, a broad blend of fruits and vegetables and exercise.

Of course, you could just look into fecal transplantation.  Yes—you heard that right and you what you are envisioning is exactly correct.  Taking fecal matter from one gut and transplanting it into another.  Might I just insert a distinct GROSS here??  But you can see that the idea has some merit—the fecal matter would contain these hundreds of bacteria coming from the correct team.

Specifically, researchers looked at bacterial biofilms (a collection of specific types of bacteria lining the gut) that have been shown to cause problems in the gut such as inflammatory bowel disease to see if these same biofilms were present in colorectal cancer tumors.

While all of this may seem a little complicated, the bottom line is that, from this small evaluation of colon tumors, right sided tumors are very, very strongly related to the bacterial populations present in the gastrointestinal tract.

And while this study does not give us information on the specific methods to alter bacteria in the gut to prevent colon cancer, it does add yet another degree of importance to maintaining a good balance of bacteria in the gut and not destroying it with reckless disregard for the consequences.

Categories: Colon / Colorectal Cancer, Probiotic
Disclosure of Material Connection: Some of the links in the post above are “affiliate links.” This means if you click on the link and purchase the item, I will receive an affiliate commission. Regardless, I only recommend products or services I use personally and believe will add value to my readers. I am disclosing this in accordance with the Federal Trade Commission’s 16 CFR, Part 255: “Guides Concerning the Use of Endorsements and Testimonials in Advertising.”