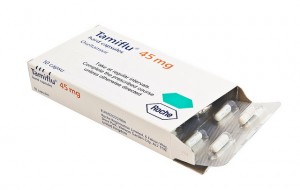 It all starts with fear. When it comes to health, we are not ruled by science and wise financial decisions. When it comes to the flu, apparently it is not just the general public that gets manipulated, but the manipulating government itself.

I’m not usually one to scream about government conspiracies and control, but when it comes to influenza, this isn’t too far from the truth. Every single year, we gear up the resources to get the general public to get vaccinated for the flu. At the tune of millions of dollars just for the advertising alone. And that is what it is. It is NOT public health.

When asked, the average US citizen would mistakenly say that tens of thousands of people die every year in the US from the flu and children are plentiful among the victims. However, as I have written about in previous blog articles that can be read by clicking here, this just is patently not true. The numbers are far less scary (under 50 children per year). Worse, other measures to combat influenza infection, like vitamin D, probiotics, exercise and a good quality diet, are never disseminated along with flu shot propaganda.

But, lest you think that the general public is the only one susceptible to this propaganda, the government pushing the flu vaccination was led on a wild goose chase as well when it came to the purchase of mass amounts of the drug class known as the neuraminidase inhibitors. Specifically the one sold by Roche with the brand name Tamiflu (osteltamivir).

All this occurred in the aftermath of the ramped up fear over the H1N1 global catastrophe that never occurred.

At least, that’s the line everyone was given by Roche.

By this time, however, governments around the world were stockpiling Tamiflu in massive doses, generating $18 BILLION in sales since 1999. Some of the bigger purchasers were:

Because of the concern over hidden data, Tom Jefferson backed by the Cochrane Collaboration and the British Medical Journal began a 5 year process of constant pressure on Roche to release all the data they had on Tamiflu.

One would think that, if it took 5 years of heavy pressure to release the data, that Roche was hiding something. Turns out they were. In this issue of the British Medical Journal Roche’s full data set was evaluated by the Cochrane Team. And guess what?

When the data was looked at in total, the benefits of Tamiflu did not exceed the harms. In general, a long list of side effects on one side was not counterbalanced by 16.8 hours less of the flu in adults. That’s just a wee bit more than half a day.

The side effects were far more common and included headaches, nausea and vomiting and psychiatric episodes.

TWENTY BILLION in sales for a drug that did not have the data behind it to support this massive global spending. Here’s the real kicker: if you think this is an isolated example of a drug company hiding data to preserve massive profits, then I’ve got proverbial beachfront property in Arizona for you.

Category: Influenza
Disclosure of Material Connection: Some of the links in the post above are “affiliate links.” This means if you click on the link and purchase the item, I will receive an affiliate commission. Regardless, I only recommend products or services I use personally and believe will add value to my readers. I am disclosing this in accordance with the Federal Trade Commission’s 16 CFR, Part 255: “Guides Concerning the Use of Endorsements and Testimonials in Advertising.”