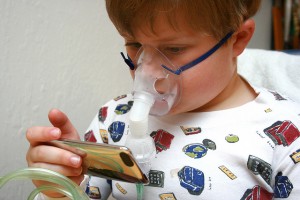 Before we even start, I just need to go on record saying that I think that giving drugs that block stomach acid production is a very bad idea in adults.  In children, it borders on a travesty.

I think most of us, regardless of medical background, could easily agree that digestion is very important to long-term health.  And digestion centers around our body’s ability to make stomach acid.  Without stomach acid the entire process begins to unravel, opening up a Pandora’s box of epic proportions.

I further stand on the belief that ANY provider writing a prescription for a drug that blocks the production of stomach acid should be able to look you in the eye and give you at least 10 very important physiological processes that will be negatively impacted by this drug.  If they cannot do this, they have no business interfering with aspects of the body that they don’t fully understand.

This may be a strong statement, but it boils back down to just how massively important digestion is for long-term health.

Consistent with prior blog posts on this topic (which can be read by clicking here) I do have to note that this class of drugs for someone with a bleeding ulcer can be life-saving.  But every bit of paperwork that comes with this class of drugs makes it clear that it is for short-term use (usually 3 months or less).  Despite this, I frequently see patients who have been on them for YEARS (for those of you not good with math, years > months….).

This particular study looks at just one of the serious side effects of ranitidine and other acid-blocking drugs when used in children (although studies have shown the same concerns with adults).  Here’s what they found:

On the surface, this sounds really bad.

While they did not find a difference in the bacteria or number of bacteria in the lungs of those on acid-blocking medications who did not have proximal nonacid reflux, it does raise some serious concerns about having bacteria known to cause respiratory infections growing in the stomach.  The esophagus is just way too close to the trachea for comfort.

The take home message is that using acid-blocking drugs carries significant risk to long-term health.  While it may or may not contribute to upper respiratory infections (and there is good evidence that it does) the long list of additional side effects remains scary.  There are many ways to help manage your symptoms, from DGL (a special form of licorice that does not affect blood pressure), vitamin U (a compound that is present in cabbage and can be very good for the mucosa of the gut), dietary changes and stress management.  While some of these may require considerable upheaval of where you are at health-wise, it’s certainly much safer in the long run.

Category: Digestive Complaints
Disclosure of Material Connection: Some of the links in the post above are “affiliate links.” This means if you click on the link and purchase the item, I will receive an affiliate commission. Regardless, I only recommend products or services I use personally and believe will add value to my readers. I am disclosing this in accordance with the Federal Trade Commission’s 16 CFR, Part 255: “Guides Concerning the Use of Endorsements and Testimonials in Advertising.”