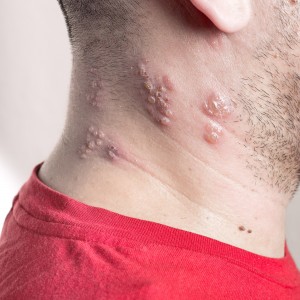 Vaccination remains a highly controversial topic with both sides sprouting misinformation and using largely emotional arguments. Rarely do you hear the truth.

The list of issues is very long, but you can begin to get the idea.

But here’s the bottom line at the crux of it all:  You can’t beat Mother Nature.  She will ALWAYS win.

We’ve seen it time and time again with vaccinations.  We develop a vaccination for a few strains of an infectious disease.  Pneumoccol infections (Prevnar), HPV (Gardasil) and Meningococcal are just a few vaccinations that have led to more severe strains rising to the top and causing more problems then the original vaccination was designed to protect.

Somewhere mainstream medicine decided that they could eliminate infectious diseases.  Even the ones that rarely cause death, such as Influenza and chicken pox.  But we just can’t.  I would agree that the more deadly diseases are worth the effort.  Polio and Smallpox are great examples.  Ebola vaccinations are in the works.  At some point, however, we have to accept that the costs (both dollar-wise and society-wise) and the side effects of vaccinations for many of the contagious diseases on this plant are not worth the gains.

Let’s take Varicella.  AKA chicken pox.  The vaccination for chicken pox was added to the lengthy list of childhood vaccinations in 1995.  A second booster dose was recommended beginning in 2006.  And, without a doubt, the Varicella vaccination has cut back on the cases of chicken pox dramatically.  But at what cost?

Here’s a little tidbit.  When you have chicken pox as a child, your immune system provides a memory of the infection so that it can very rapidly rise up and fight it again.  With age (and just like your brain’s memory), your immunological memory fades.  Luckily, since chicken pox was so common, you’d be exposed to it again over time.  Maybe that handrail at the mall.  Maybe someone sneezed on you in an elevator, maybe your child or someone you take care of got chicken pox. These frequent “reminders” kept your immunological memory intact.

Soooooo….what happens without these reminders?  Your immune system forgets.  But now, as an adult, some wayward viral cells hiding out within your nervous system rise back up because your immune system has forgotten how to fight them.  Welcome to herpes zoster, aka shingles.

Yes, the rise in shingles is directly related to the widespread use of the Varicella vaccination in kids.

Good thing you can now run to Walgreens and get your shingles vaccination.  What a racket.

Just in case you think I’m making this stuff up, let’s take a look at this particular study.  Granted, this is an older study (published in 2008), but it’s still a goodie.  In it, researchers looked for a diagnosis of herpes zoster that was severe enough to result in hospitalization from 1993-2004.  Here’s what they found:

Keep in mind this is just the severe cases.  You can bet that the overall number of cases that did not require hospitalization was much higher and likely leads to a higher cost.

Categories: Chickenpox, Vaccination
Disclosure of Material Connection: Some of the links in the post above are “affiliate links.” This means if you click on the link and purchase the item, I will receive an affiliate commission. Regardless, I only recommend products or services I use personally and believe will add value to my readers. I am disclosing this in accordance with the Federal Trade Commission’s 16 CFR, Part 255: “Guides Concerning the Use of Endorsements and Testimonials in Advertising.”