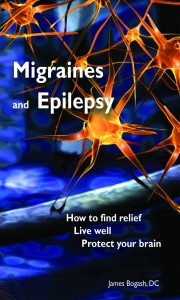 Too many seizure meds may create problems

The mainstream approach to treating seizures is to use medications.  And it pretty much stops there.

You may get some cursory advice to exercise and watch your stress levels, but the reality is that many neurologists believe that nothing you can do will be as powerful as the anti-seizure medications.

When those medications don’t work at all (which is about 30% of the time) another medication is tried.  Most of this is guesswork.  There really is no science behind who will benefit from Drug A over Drug B.  Much of this is provider experiences—they go with what they know.  And they are more likely to try the new fancy drugs over the older ones that have decades of history.

When the list of drugs doesn’t work or doesn’t give adequate seizure control, another drug is added to the mix.  At this point, we’re completely out of the realm of double-blind placebo controlled studies and into guesswork.

Poor controlled seizures are called refractory.  In this interesting study, researchers took 962 patients with drug refractory epilepsy and put them in a neurology ward to see what would happen if the number of medications they were on were reduced from an average of 4.24 down to a maximum of three AEDs during their stay in the ward.

Personally, I think 3 meds still sounds like an awful lot of foreign chemicals running through the brain.  I’d wonder how many of these patients were also trying natural approaches to seizures that have been shown to be effective like exercise, omega 3 fatty acids, vitamin D and diet.

Here’s what they found after these patients were followed up 6 months later:

So basically, taking these patients off of some of their drugs led to no change or an actual improvement in seizure frequency.  Clearly there is something wrong with the way these patients were managed.  For me, this makes it clear that medications are not the only answer and can actually begin to create more problems than they solve.

If you suffer from seizures and the first medication that you take does not adequately control your seizures, it is clear that you can no longer rely on medications alone to help heal your brain.

While it is beyond the scope of this post to outline things that can be done to heal your brain, feel free to check out my Migraines and Epilepsy book by clicking here.

One thought on “Anti-Seizure Medications: Are You on Too Many?”