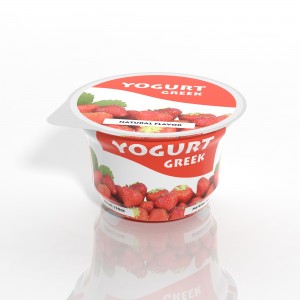 The use of probiotics to positively affect health (and your microbiome) and disease has expanded massively in the past decade.

Supplements, powders, probiotic drinks, juice drinks with probiotic straws–the options are almost limitless.  And, if you prefer your prefer your probiotics from the other end, you could sign up for a fecal transplant, although I have to admit that this concept still gives me the creeps.

The strains used, the method used (drink, powder, capsule, etc…) and the number of bacteria in the formulation (usually measured as CFUs, or colony-forming-units) vary widely.  VSL-3 dosages can hit a TRILLION (yes–1,000 billion CFUs for someone with an acute episode of Crohn’s or ulcerative colitis) down to a measly few hundred million in yogurt.

This is not an easy question to answer, but let’s start with some thoughts on this topic:

With all of this in mind, this particular study begins to look at the answer to the question of whether or not the probiotics you are taking actually make it to the large intestine where the bulk of your microbiome resides.

The sexy details are available by following the links to the study, but here are some details that I found interesting:

So what’s the take home message here?  Supplementation with probiotics remains a good idea.  But given that so few of the bacteria are likely to make it to the large intestine and make any kind of notable change, this means that the use of prebiotics becomes even more important.  Prebiotics are food or supplements that increase the growth of the bacteria in the gut.

I have covered the effects of the addition of the amino acid glutamine and cranberry extract on the microbiome and these findings are quite interesting.  By taking food or supplements that support the growth of the bacteria that we want dominating our large intestine, we can indirectly increase these bacterial counts.

Category: Probiotic
Disclosure of Material Connection: Some of the links in the post above are “affiliate links.” This means if you click on the link and purchase the item, I will receive an affiliate commission. Regardless, I only recommend products or services I use personally and believe will add value to my readers. I am disclosing this in accordance with the Federal Trade Commission’s 16 CFR, Part 255: “Guides Concerning the Use of Endorsements and Testimonials in Advertising.”