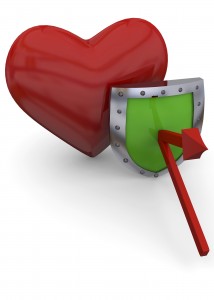 Heart disease is not something that we need to educate the public on. Everyone’s got ideas on how to prevent heart disease.

But, apparently, there’s some massive disconnect between what we need to do and what we are doing.  A recently study revealed that not a single person out of 1,731 were living a lifestyle that included Life’s Simple 7 established by the American Heart Association.  Not a single one.

But I’m confident that not a single person out of the 1,731 actually wanted to have a heart attack or leave his or her family with the untimely death of a loved one.

So why the disconnect?  This particular study may help give you some insight as to why YOU haven’t adopted at least the Simple 7.

Talk about a massive disconnect.  First of all, EVERYONE in the study had at least an intermediate risk for heart disease.  This is a sad reflection on the overall state of health.  But how could so many of these patients be so unaware at how great his or her risk is??

The rest of the study may give us some insight into just how much our “take a pill to fix it” society has screwed up our perceptions:

I have said this time and time and time again.  Taking medications to “fix” your problems does no such thing.  In almost every situation, medications give you a false sense of security.  Even though your blood pressure, cholesterol or blood sugar has gotten better on the meds, it translates very weakly into actually changing your risk of the things you are really worried about like heart attacks, stroke or death.

In other words, you will die with better numbers, but you WILL STILL DIE.

While this is a strong statement, we have seen it play out over and over in the medical literature.  This study just reinforces the fact that our drug-oriented medical approach is creating a society that BELIEVES it is at a lower risk for heart disease, when in reality, it is not.  There is a very high likelihood that you have some degree of risk for heart disease, unless you have adopted at least Life’s Simple 7 (click here for more info on the Simple 7 and see where you stand….personally I’m at a 9.4/10 because my BMI suggests I should lose 4 pounds, but my actual body fat percentage is where I want it to be).

Take the test yourself and let me know how you scored in the comments section!

Categories: Cholesterol, Heart Disease, Hypertension
Disclosure of Material Connection: Some of the links in the post above are “affiliate links.” This means if you click on the link and purchase the item, I will receive an affiliate commission. Regardless, I only recommend products or services I use personally and believe will add value to my readers. I am disclosing this in accordance with the Federal Trade Commission’s 16 CFR, Part 255: “Guides Concerning the Use of Endorsements and Testimonials in Advertising.”