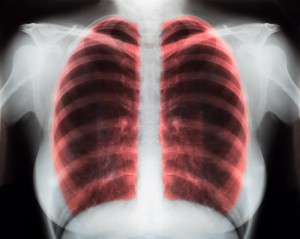 It never ceases to amaze me how much mainstream medicine has moved away from understanding and supporting normal physiology.

There was just a commentary in the Journal of the American Medical Association (JAMA) on primary prevention of atherosclerotic coronary heart disease. (in English: the article was about how to prevent a first heart attack)

I went into the article thinking it was going to cover lifestyle and targeted supplementation that has been shown, in medical research over the course of decades, to strongly prevent heart disease. Nope. The ENTIRE commentary was about how to determine when doctors should medicate with statins.

Vaccination is another aspect of mainstream medicine that has gone way off the deep end.  There are now strong recommendations to vaccinate all young children (girls and boys) with Gardasil for HPV.  This is NOT a cervical cancer vaccine and it has NOT, as of the date of this writing, been shown to lower the rates of cervical cancer.  Yes, this is correct.  It has been shown to lower the rates of higher grade lesions of the cervix, but not actual cervical cancer.  Medicine has taken a big leap here in saying that it protects against cervical cancer–this fallacy of using surrogate endpoints has fallen flat on its face many, many times before.

But wait! It gets worse…

What if one of the most common medical treatments actually derails something that is more effective than vaccination for a common condition. To twist this even further, what if the medical intervention is one that is the go-to treatment for the condition that a particular vaccine is designed for?

Regular readers already have an idea that I’m talking about the use of antibiotics wiping out normal, protective bacterial flora that does amazing things for your health.

Specifically, I’m talking about the use of antibiotics for pneumococcal pneumonia (Streptococcus pneumoniae). The type of pneumonia that medicine pushes the Prevnar vaccine throughout the entire lifespan, from infants to seniors.

This particular study puts all of this into perspective. In it, researchers looked at how the GUT bacteria could protect against LUNG infections. Here’s the specifics:

In summary, the gut bacteria played a very, very strong role in fighting off Streptococcal pneumoniae infections in the lung.

Think about this. Having a healthy microbiome in your gut plays a role in fighting off bacterial infections in the lung. This means that the use of antibiotics for a bacterial pneumonia will PREDISPOSE YOU FOR FUTURE INFECTIONS by decimating your gut microbiome.

The mainstream medical approach to “preventing” pneumonia is to give the Prevnar vaccination (which I’ve written about how the potential pitfalls of this vaccination that can be read by clicking here). With the the same hand, your primary care doctor or pulmonologist will not hesitate to give you antibiotics to combat any number of infections, bacterial, viral or otherwise.

So what does this mean if you’re seemingly getting respiratory infections every time the wind changes direction? I would suggest you bombard your immune system with positive karma the second you’ve got the slightest indication of an infection. Vitamin C (at high doses—not 500 mg), vitamin D, vitamin A, no refined carbs and exercise (yes—exercise—raises your core body temp and helps your immune system fight off the infection better). And NO antibiotics unless you’re on your death bed with a fever of 104.

Over time (years, actually), your gut microbiome will recover to the point where it can help you fight infections in other areas of the body. If not, and you continue to use antibiotics at the drop of a dime, your immune system will NEVER stand on its own.

Categories: Probiotic, Vaccination
Disclosure of Material Connection: Some of the links in the post above are “affiliate links.” This means if you click on the link and purchase the item, I will receive an affiliate commission. Regardless, I only recommend products or services I use personally and believe will add value to my readers. I am disclosing this in accordance with the Federal Trade Commission’s 16 CFR, Part 255: “Guides Concerning the Use of Endorsements and Testimonials in Advertising.”