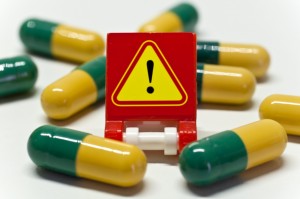 Phthalates. Luckily, it took me less time to realize how bad they for our health then it did to learn how to spell the word.

It has been clear that phthalates play a role in infertility, preterm birth, birth defects (they have a feminizing effect on the developing baby), hormonal cancers like breast and endometrial, obesity and testosterone issues in men.  And I’m sure the list of damaging effects is much larger than we are aware of.  Any way you slice it, they are not good for you.

The scary part is that these chemicals are pretty much everywhere you turn.  In many studies every single person studied had phthalates present in his or her bloodstream.  But if you can’t avoid these chemicals entirely, at least you can be aware of where they are hiding and do your best to reduce your exposure.  The main reason they are found everywhere in today’s society is because they are used in the manufacture of so many products you use on a daily basis such as:

Just in case this list is not comprehensive enough, I bring you this particular study.  In it, researchers looked at a not-too-often considered exposure to these chemcial compounds.

The polymer coating around many prescription drugs.

Yep.  Just in case the actual ingredients inside the capsule weren’t toxic enough, the drug companies have to wrap them up in phthalate-containing polymers just to make darn sure you don’t escape from any chronic disease you might otherwise avoid.  To see just how strong this exposure could be, researchers looked at the urinary concentrations of phthalate compounds in 7,999 patients who used certain drugs known to contain phthalates in the coating.  Here’s what they found:

Keep in mind that these drugs were the only ones tested.  There are likely other drugs that contain phthalate compounds in the polymer coating on the outside of the pill.  Regardless, even omeprazole itself was listed as the #6 most widely given prescriptions in 2010 at some 53.4 million prescriptions.  That is a LOT of potential exposures to a compound known to cause things like cancer and birth defects.

I, for one, did not really need any additional incentive to avoid medications, but not wanting to have order bras online from Victoria’s Secret as a man certainly adds to the reasons to use lifestyle to manage (or preferably avoid) chronic disease.

Category: Toxicity
Disclosure of Material Connection: Some of the links in the post above are “affiliate links.” This means if you click on the link and purchase the item, I will receive an affiliate commission. Regardless, I only recommend products or services I use personally and believe will add value to my readers. I am disclosing this in accordance with the Federal Trade Commission’s 16 CFR, Part 255: “Guides Concerning the Use of Endorsements and Testimonials in Advertising.”