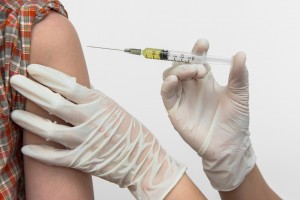 Measles has taken the stage lately (more on this in another blog) but prior to that pertussis, aka whooping cough, held the stage.

Pertussis is a respiratory disease that is caused by the bacteria  Bordetella pertussis.  The disease gets its name from the characteristic “whoop” as the infected person takes a deep breath after a fit of coughing to get oxygen back into his or her body.  In infants, the condition can be deadly because the lungs cannot handle the abuse and the coughing may not be there to warn parents of the infection.  As a result, respiratory failure as well as secondary pneumonia can occur far too easily.  In elementary school kids, however, the disease follows a more typical pattern:

Everywhere you read about pertussis you will undoubtedly see a reference to vaccination as the Holy Grail for prevention of whooping cough.  And, almost invariably, any outbreaks will be blamed on the uncaring, ego-centric non-vaccinating parents.

But what if the vaccine has secretly sucked at preventing pertussis all along??  What if the recent surge of  pertussis cases is nothing more than an increased surveillance by pediatricians and family doctors?  This would mean that all along cases of pertussis have been present but, because society had this unholy belief in the power of the vaccination everyone thought pertussis was rare.

But how is this possible?  Wouldn’t doctors recognize that a cough lasting more than two weeks would put whooping cough on the radar screen?

Sure.  But, how many parents, in today’s run-to-the-doctor-for-a-sniffle parenting plan, would ever wait a whole TWO WEEKS to run his or her child to the doctor?

In December of last year, Keegan (3rd grade, almost 9 at the time) had an illness that met the case definition for pertussis.  Now, before you start thinking about what a BAD parent I am, consider this.  Antibiotics given after the onset of paroxysmal stage begins and not likely to do anything.  And, if you’ve read my blog for more than 2 weeks you should understand how incredibly strong my stance is against antibiotics.  Basically, the CDC’s stance is that you should thrown antibiotics at any cough that has been around longer than a week just on the off chance it may be pertussis.  (on a related side note–the average duration of a “cough” is about 4 weeks, so we’re pretty much talking about every episode of coughing).

He was treated with high dose vitamin C, vitamin A, vitamin D as well as an unusually clean diet.  He was out of school for 6 days (including 2 weekends, leading to 10 days when he was in bed).  Given that every recommendation notes that cough suppressants dont’ work, we used locally grown honey in either hot water or tea.  Nothing was given to lower the fever, although I kept a very close eye on his temp.

Had he been vaccinated and given antibiotics, the expected time for him to miss school would’ve been about 10 days.  Far longer than he actually missed.

Here’s the kicker.  He likely picked it up from his 17 year old brother, who had similar symptoms but developed a secondary pneumonia.  When I asked his brother if anyone at school was sick like he had been, his response was that it was all over the school among both students and teachers.  Yes–it is very likely that pertussis was running its course through the high school unrecognized because no one waits long enough to go to the doctor to put an extended cough on the radar screen for pertussis.

So what does this story have to do with this particular study?  Everything.

In it, researchers looked at just how long immunity would be expected to last from a pertussis vaccination.  To first give you a little bit of background–the initial vaccination for pertussis was the DPT that used whole Bordatella bacteria.  However, due to safety concerns, in 1996 it was recommended to use the DPaT version, which did not contain any active bacteria.  So currently, children are recommended to get the DPaT 5 times, at 2, 4, and 6 months, than between months 15-18 months, and finally again between years 4-6.

Surely with this much time and effort spent injecting our children with the toxic component of pertussis (although, as a reminder, NOT the bacteria itself anymore…) along with a dose of aluminum injected directly into the bloodstream that this would absolutely halt pertussis in its tracks for decades, at least.

Here’s the summary of the findings from the researchers after looking through 11 different studies that met their requirements:

Compare this to active immunity (the immunity that a child has who has had the actual infection), which is believed to last up to 20 years.  Not even in the same ballpark.

And of course, the recommendations from reviews like these are that we need to vaccinate more and more adolescents and adults to make sure we don’t get older kids sick.  What a mess (except, of course, financially for the vaccine manufacturers…).

The bottom line is that we are led to believe that vaccinations are a great way to protect the innocent.  And, once vaccinated, we are largely safe from the infections that Mother Nature intended.  But, as the veil is pulled back, the reality is that many of these vaccines are not nearly as effective as we thought they were, the immunity does not last nearly as long as we thought it would and the side effects turn out to be much greated than reported.

Category: Vaccination
Disclosure of Material Connection: Some of the links in the post above are “affiliate links.” This means if you click on the link and purchase the item, I will receive an affiliate commission. Regardless, I only recommend products or services I use personally and believe will add value to my readers. I am disclosing this in accordance with the Federal Trade Commission’s 16 CFR, Part 255: “Guides Concerning the Use of Endorsements and Testimonials in Advertising.”