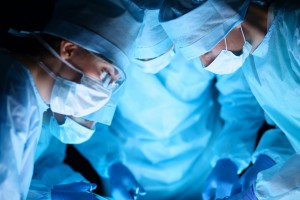 Everyone knows that there are risks associated with any surgery. But the risks that you know about are the obvious ones.

Problems with the anesthesia such as aspiration pneumonitis or respiratory failure.  Problems with the surgery itself such as excessive blood loss, damaging the spinal cord or spinal nerves, infection or blood clots.

But what if there was something more insidious that can occur?  Something that won’t kill you today or tomorrow, but waits in the shadows until years later?

Before I tell you what this scary thing is, I do need to point out that there is a time and a place for orthopedic surgery.  But this should only be considered as an absolute last option.  All too often we THINK something is a last option.

But time and time again research proves that this is just not true.  Some examples:

Side note–these comments do not apply to trauma-induced orthopedic surgeries–in these cases there are usually no options for avoiding an emergency surgery after trauma.

All of this brings me to this particular study.  In it, researchers looked at a scary side effect of orthopedic surgery called myocardial necrosis.  As you may be able to tell from the name, this is a condition were the heart muscle dies as a result of the stress on the heart from the surgery.  This bad effect from surgery is well known and characterized for short term mortality after orthopedic surgery.

What is not as well-known is what happens in the long term.  To get a better idea of how often this happens, researchers looked at levels of troponin (a protein found in the heart; elevated troponin levels are a sign that damage to the heart has occurred) immediately after orthopedic surgery and whether this related to long term death in hip, knee, and spine surgery 3 years later.  Here’s the details:

Now certainly, if you had a heart attack just after your orthopedic surgery you’d know about it.  But myocardial necrosis may not have been fully explained to you if it had been identified.  Either way, if you DO end up having orthopedic surgery, it may makes sense to push your surgeon to run troponin levels along with everything else to get an idea about whether or not you’re going to be around in the next 3 years.

Categories: Arthritis, Chiropractic Care, Knee Pain, Low Back Pain, Neck Pain, Osteoarthritis, Shoulder Pain
Disclosure of Material Connection: Some of the links in the post above are “affiliate links.” This means if you click on the link and purchase the item, I will receive an affiliate commission. Regardless, I only recommend products or services I use personally and believe will add value to my readers. I am disclosing this in accordance with the Federal Trade Commission’s 16 CFR, Part 255: “Guides Concerning the Use of Endorsements and Testimonials in Advertising.”