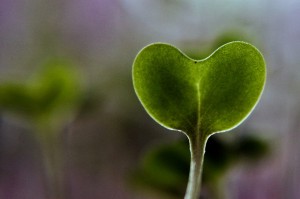 There was a recent news story of a mother who threw her 6 year-old autistic son to his death off of a bridge.

While this heinous act was performed by a mentally disturbed woman, her reasoning was heartbreaking.  She couldn’t bear the idea of her child regressing back into himself as he had done so many times in the past.

As a father, even the thought of losing a child’s outward reaction to his or her environment and experiencing the joys and pains as they grow is hard to imagine.

For the parents who do have children that fall under the autistic spectrum disorders category, there are things that can be done.  There are many amazing behavioral programs that, if instituted early, can increase the likelihood of your child fully integrated into higher grade levels.

There are also a large number of approaches designed to improve the health of the brain, irregardless of any labels that may be attached to that brain.  Nutrition and supplementation plays a huge role here, as you can see from this particular study.

In it, researchers looked at the use of sulforaphane in autistic spectrum disorders.  Sulforaphane is one of the principal components found in broccoli.  And, as you know, broccoli is an interdimensional warp, containing several pounds of incredibly good-for-you natural chemicals in every tree-resembling ounce.

Researchers noted that they picked sulforaphane “because of its well-known ability to reverse abnormalities that have been associated with ASD, including oxidative stress and lower antioxidant capacity, depressed glutathione synthesis, reduced mitochondrial function and oxidative phosphorylation, increased lipid peroxidation, and neuroinflammmation.”

That’s a pretty tall order for a natural compound that had no side effects.  We are talking about improving the health of the brains of our children and protecting them against further damage.

Being a “lifestyle” person, I would prefer to load our kids up with broccoli and cauliflower, but the amount of sulforaphane given in this study would equate to a relatively large dose of broccoli sprouts (which have a higher content of sulforaphane) and even this would depend largely on storage and cooking method.  Sometimes, we just have to accept that the pharmaceutical model of taking a bioactive compound, concentrating it and using it to treat something may be the best bet.

The big difference is that the drug companies take that natural compound and try to figure out some way to change it slightly so it can be patented.  This opens up the door to side effects that just aren’t seen in the original natural compound.

Category: Autism
Disclosure of Material Connection: Some of the links in the post above are “affiliate links.” This means if you click on the link and purchase the item, I will receive an affiliate commission. Regardless, I only recommend products or services I use personally and believe will add value to my readers. I am disclosing this in accordance with the Federal Trade Commission’s 16 CFR, Part 255: “Guides Concerning the Use of Endorsements and Testimonials in Advertising.”