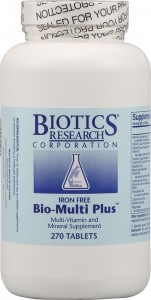 The saga continues.  Studies showing no effect from vitamins get promoted, while the powerful ones get shoved aside.

First of all, nothing will ever replace a good quality diet and lifestyle.  This is NOT the goal of a multivitamin.  Consider instead that a multivitamin is an insurance policy to make sure you have enough of what you need when you need it.  This does mean that, most of the time, your diet will be supplying what you need and the vitamins and minerals in the multivitamin will not be used.  But those times when you need the extra backup it’s there.

Before I belabor the point, let’s get to this particular article.  In it, researchers looked at the data from the Women’s Health Initiative, a massive study looking at 7.728 women aged 50-79 who had been diagnosed with invasive breast cancer at some point while the study was ongoing.  Here’s the details:

One thing I found a little disturbing was in the comments section on Medscape (one of the more popular medical sites geared towards doctors), mainly from oncologists.  Comments such as “I think Is not true,” “There is no confirmation yet. it is still controversial ! Also, according to other studies, taking multivitamins daily, might decrease life span,” “The effect seen is so small or seems not worth following with an RCT to discover if the hypothesis generated is true. Patients should be told there is no reliable evidence supple ration is beneficial” and “I am concerned that you are airing this type of material. You need to screen your sources better and not rely on magical claims.”

There weren’t a lot of comments, but these were some of the ones labeled as oncologists.  It just struck me as sad how, when faced with good evidence to show a benefit from something that is natural, doctors can cry foul and say there is no evidence but turn around and use the SAME process to make treatment decisions on patients.  Until this attitude is no longer pervasive, medicine will remain were it is.

Categories: Breast Cancer, Vitamins
Disclosure of Material Connection: Some of the links in the post above are “affiliate links.” This means if you click on the link and purchase the item, I will receive an affiliate commission. Regardless, I only recommend products or services I use personally and believe will add value to my readers. I am disclosing this in accordance with the Federal Trade Commission’s 16 CFR, Part 255: “Guides Concerning the Use of Endorsements and Testimonials in Advertising.”