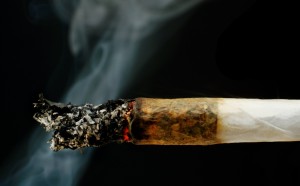 With seemingly half the states in the US passing some version of permissive cannabis laws, the list of conditions that benefit from its use just seems to grow.

But are there really benefits to marijuana use that extend beyond a different viewpoint while listening to Pink Floyd or attending a Parrothead event?

Before we answer that, let’s go over some background on marijuana by covering some of the more popular active constituents of cannabis.  The plant is a veritable cornucopia of bioactive compounds–with some 483 compounds having been identified to date.

CBD oil is something that has been gaining ground in the treatment of both migraines and seizures.  Despite it’s name, CBD oil is really a mismosh of compounds, including multiple types of healthy fats, amino acids and fiber.  It does contain a small amount of the CBD noted above.  While we don’t really know which aspect of CBD oil is having a positive effect on the brain, it really doesn’t matter to those who see a benefit.

It is beyond the scope of this article to go into the different strains being grown with varying levels of THC and CBD, mainly because it’s outside of my realm of knowledge.  It is clear that regular medical users seem to have different experiences with different strains.

One thing that is clear, if you can rise above the debate of its legalization, there are clear medical benefits of marijuana compounds in migraines and epilepsy.  I’ve had patients over the years who have successfully controlled their seizures using marijuana when medications were not able to.  In some cases I’ve felt it might have been just pure stress reduction from the euphoria, in other cases something else was at play.

This particular study, while a little detailed, takes in in-depth look at just what mechanisms may be at play in the anti-seizure effects of the cannabinoids.  In it, researchers looked at one of the two main cannabinoid receptors (CB2R) in the brains of rats to see what effect a marijuana-like synthetic compound had inside the cell.

While I will not go into specifics (no really–if you want to read more about the compound used, termed WIN 55,212-2, (R)-(+)-[2,3-dihydro-5-methyl-3-(4-morpholinylmethyl) pyrrolo[1,2,3-de]-1,4-benzoxazin-6-Yl]-1-naphthalenylmethanone, then feel free to study it yourself….) suffice it to say that research has moved beyond the idea that compounds found in marijuana have anti-seizure effects to trying to figure out exactly how they work.

The skeptic in me would say that this is just so we can create a synthetic compound (like the $1.50 word above) to mimic marijuana’s effect so some drug company can patent it later.  But only because this is the model they live by.

In the meantime, if you have migraines or seizures and your neurologist seems hesitant to discuss the medical use of marijuana, it might be time to find a new one.