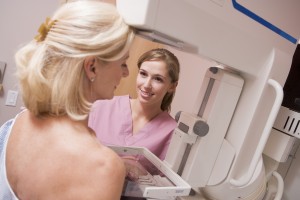 We live in a society that chooses early cancer detection over prevention and calls it a cure.  I can sum it up no more clearly than that.

However, this usually leads to the mammography getting the “credit” for detecting the mass although this is not really what happened.  The pro-mammography people then chalk up another one for mammography saving lives.

For years, mammography reigned supreme as THE method to “prevent” breast cancer and saves lives.  No one would question something so powerful and amazing for women’s health.  Until someone did.

It was not until research started to emerge suggesting that many small tumors (most often of the DCIS-type) will actually resolve on their own.  Without treatment.

That then raised the question of over detection and over treatment.  That’s when all heck broke loose.  When the dust settled around the studies looking at how often breast cancer was overdiagnosed, leading to massive levels of overtreatment, costs and lifetimes of emotional and treatment-related scars, those who were willing to accept the data realized that we were seeing the downfall of a generation of “prevention.”

However, the industries that were built on breast cancer detection and treatment were a wee bit loath to accept this new data, even going as far as to discount the USPTF’s recommendation for women 40-50 years of age to forgo routine mammography.

Just in case you’re still a solid believer in mammography and how much it benefits society and how this single intervention has completely turned the tide for women dying of breast cancer, let me present this particular study.  In it, researchers looked at varying rates of mammography across the US to see if this had an impact on breast cancer survival rates.

To put it more plainly, there is consistent evidence that mammography does NOT save lives, but does lead to the overdiagnosis of small breast “cancers” (keep in mind that DICS is not actually cancer, but really a pre-cancerous lesion).

All of this focus over the decades has been on mammography for “prevention” instead of educating the general public on how powerful lifestyle is for breast cancer prevention.  I got a text from one of my colleagues just today saying that she was portrayed as the “bad guy” in a conversation when she suggested that lifestyle played a role in breast cancer.

In today’s day and age, with literally hundreds (if not thousands) of peer-reviewed medical research studies confirming links between breast cancer and lifestyle, this lack of knowledge on the part of the public is inexcusable.  Period.  And yet every person who is unaware that lifestyle plays a role in breast cancer will proudly stand up and declared that mammography saves lives and is the strongest form of breast cancer “prevention” known.

Category: Breast Cancer
Disclosure of Material Connection: Some of the links in the post above are “affiliate links.” This means if you click on the link and purchase the item, I will receive an affiliate commission. Regardless, I only recommend products or services I use personally and believe will add value to my readers. I am disclosing this in accordance with the Federal Trade Commission’s 16 CFR, Part 255: “Guides Concerning the Use of Endorsements and Testimonials in Advertising.”