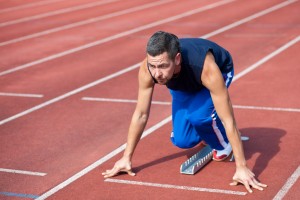 You understand that, to lose weight or to maintain an ideal body composition, exercise is a key component.

I met an old friend in the store the other day and the short conversation steered towards his blood pressure, which had slowly crept up over the years.  Along with some extra padding around his middle.

In the few tips I quickly gave him, the subject of exercise was brought up by him.  He knew that exercise was an important component to good health.

But society has been led to believe that a consistent plan of walking around the block several times per week (carrying a BPA-laden plastic water bottle, I might add—like a walk around the block is going to put you at risk of drying up to a husk…).

If this was the answer, I think we’ve had far less problems with obesity and diabetes than we do.  But it’s not.

Not that I would discourage you from moving versus sitting on the couch—clearly movement is going to win out over sedentary behaviors.

But what about the cultures that have walking as part of the daily routine and obesity is much less of a concern?  Clearly there is some link between walking and health.

I think the difference here is quantity.  Ever taken your kids to Disney?  I’ve figured that, on an average day in Disney with my family, we put in some 10+ miles PER DAY.  Other cultures in other countries such as Peru (I only use this country of an example after a patient of mine went there to visit and was astonished at home much walking they do as part of daily life) put in miles and miles and miles per day.  The quantities we are talking about in cultures like this are far different than what you are going to put in by walking 3 times per week for 30 minutes.

So, if you ARE walking 10 miles per day, don’t worry about it.  If, however, this doesn’t quite fit your exercise profile, then it’s got to be short-burst aerobic.

I have written rather extensively about the benefits of short-burst aerobic activity over sustained aerobic activity for quite a few years now.  And the research continues to support the idea that this type of exercise is more in tune with what you were designed for.

And this particular study is no different.  In it, researchers looked at the relatively-newly-discovered hormone called irisin.  Irisin is released from muscles in response to exercise and may be responsible for a large chunk of the benefits of exercise (read more about how whole body vibration can increase irisin levels by clicking here).

One particular benefit that has been identified is the increase in the amount of brown fat in your body.  Brown fat is fat that literally burns calories in order to make heat.  Pretty cool concept.  More brown fat leads to a lower risk of obesity and diabetes.

In this study, researchers looked at the levels of irisin produced in response to 4 different exercise patterns that varied in intensity and duration.  Here’s what they found:

This is not to say that you should not plan on settling into an exercise routine for the long haul.  But this study just confirms that you can never give up on the idea that you NEED to be challenging yourself aerobically.  It is NOT AN OPTION.

Personally, I am always looking for the opportunity to RUN up the stairs or RUN for the car any chance I get.  And my aerobic exercise routine involves either an elliptical or treadmill in a short-burst fashion.  While MY short-burst may be different from YOUR short-burst, on the elliptical I do 10 sets of 30-second bursts on the highest resistance as fast as I can reasonably go.  On the treadmill, it’s a 10 degree incline on 8-10 miles / hour for the 30-second burst.

If you’re not already doing this type of routine, start TODAY.  There is no reason to consider a sustained 45 minute exercise routine in lieu of a short-burst one.

Category: Obesity and Weight Loss
Disclosure of Material Connection: Some of the links in the post above are “affiliate links.” This means if you click on the link and purchase the item, I will receive an affiliate commission. Regardless, I only recommend products or services I use personally and believe will add value to my readers. I am disclosing this in accordance with the Federal Trade Commission’s 16 CFR, Part 255: “Guides Concerning the Use of Endorsements and Testimonials in Advertising.”