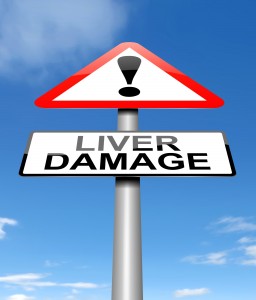 There is pretty much no chronic disease that prediabetes does not contribute to.  Fatty liver is on the list.

It goes by many names: non-alcoholic steatohepatitis (NASH), fatty liver, non-alcoholic fatty liver disease (NAFLD).  It can start with just a mild elevation of liver enzymes on a routine blood work panel.  This may prompt your doctor to order a viral hepatitis panel just to make sure that hepatitis is not at work.

When the virus panel comes back normal you just get kind of a mention of it not being anything significant and that we’ll just keep an eye on it.

This is how it starts (I’ve covered this concept in a previous blog article that can be read by clicking here), but it can progress to something far more severe with time, leading to scarring of the liver (fibrosis, cirrhosis) and liver transplants.

Currently, there is a rather large amount of research being published on this topic because this elevation of liver enzymes is on the rise.

As always, the answer comes down to that condition that about half of the Westernized world has prediabetes.  There are some very, very strong links between the diabetic progression and NASH.  It boils down to the accepted fact that the diabetic process pretty much pisses off the liver cells, ultimately killing them off slowly (leading to the elevation in liver enzymes in the blood).  Inflammation that is generated by the diabetic lifestyle likely plays a pivotal role as well.

This means that living an anti-diabetic lifestyle is the ONLY real answer (despite the rush to try to develop a drug for this condition).

(While it is beyond the scope of this article, feel free to check out my Diabetes eBook for a complete outline of the necessary lifestyle changes to combat diabetes by clicking here.)

Or at least, an anti-diabetic lifestyle was the only thing that USED to be on the list.  This particular article adds another aspect to this condition.  In it, researchers looked at the relationship between the activation of the enzyme cyclo-oxygenase 2 (COX2) and the development of fatty liver.

You may recognize the name of the enzyme because COX1 and COX2 are the enzymes that are blocked by the use of non-steroidal anti-inflammatory drugs like ibuprofen and naproxen.  And we can’t forget the Vioxx debacle, a drug that was designed to block only COX2, along with Celebrex and Bextra.

Vioxx was pulled off the market because it greatly increased the risk of heart attacks, causing at least tens of thousands of heart attacks in the time it was being prescribed.

Why?  Because, while we know that COX1 and COX2 produce inflammatory chemicals in our body, they also do things like thin the blood via the enzyme prostacyclin.  The problem is that we don’t find out about these other enzymes functions until we block it in large numbers in a brand-new-to-the-market blockbuster drug.

Here’s some interesting things that the researchers found:

So, just like most everything else that has to do with human physiology, we really don’t have any idea how things work.  We THINK we know what enzymes do.  COX2 produces inflammation.  We block that with a drug and we’ll stop pain.

Until you cause a heart attack.

And here we see yet another aspect of what this enzyme does.  This leads to the very reasonable possibility that drugs like the NSAIDs and the selective COX2 inhbitors (Celebrex is still available although Vioxx was pulled off the market) may contribute to fatty liver.

Although it has always been known that these drugs damage the liver, it was thought to occur by a different mechanism; one that had not been previously thought of.  At least until now.

(Just in case you’re a little rusty on your ibuprofen side effects, feel free to check out my eBook on the topic by clicking here)

This is not, however, the direction the researchers were looking.  Rather, the conclusions stated that drugs that INCREASE the expression of COX2 in the liver may be a new route of research into drugs used to treat NAFLD.

Yep.  I’m sure it’ll be a blockbuster.  At least until it starts killing patients left and right.

Categories: Fatty Liver, NSAIDs Dangerous
Disclosure of Material Connection: Some of the links in the post above are “affiliate links.” This means if you click on the link and purchase the item, I will receive an affiliate commission. Regardless, I only recommend products or services I use personally and believe will add value to my readers. I am disclosing this in accordance with the Federal Trade Commission’s 16 CFR, Part 255: “Guides Concerning the Use of Endorsements and Testimonials in Advertising.”