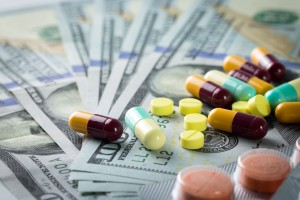 There has certainly been no shortage of discussion on who should pay for healthcare in this country.  But never once has anyone seemed to question whether or not who pays is the problem.

This is the exact topic that the entire Obamacare administration will be known for, for good or for ill.  To date, however, the discussion has been all about the financial side of health care and not the efficiency and efficacy of health care.

There are unquestionably people who believe that health care is a right and should be provided for everyone, regardless of financial means.  If they can’t pay for it, someone else who does have the money should foot the bill.  And if you’ve happened to fall into a discussion with someone who believes this way, it can be a difficult one.  I should know–I have a close family member who feels this way.

The argument that health care is a right is purely an emotional argument because when you try to look at it from a logical standpoint it just does not make sense.  I have said time and time again that we cannot afford healthcare for a population that is one of the sickest in the developed world and has a sense of entitlement that is second to none on this planet.

We want MRIs, ER visits, that new medication we saw on TV, we want very expensive and toxic cancer treatments that will provide additional life extension measured in weeks and we want it all without a wait.  Even worse, we want all of our medications in lieu of making simple lifestyle changes that would otherwise completely erase the need for that new fancy medication.

Our health care system is broken and it has nothing to do with who’s paying.  If we want to meet halfway, what about making the diabetic exercise routinely and avoid processed foods, refined carbs and hydrogenated oils in order to have his or her medications paid for?  Does this sound unreasonable?  It will to those who do not feel like personal responsibility should be a requirement for getting your healthcare paid for.

I had a patient in the other day who, prior to the Affordable Care Act, paid $3 or 4,000 a year in premiums for him and his wife (I can’t remember which one it was).  After Obamacare, they are still paying the same amount of money for the same coverage, but the REAL price tag on the premiums is something like $11,000.  He gets a massive subsidy to pay for his health insurance premiums.

Those of you who were never good at math would look at say how wonderful everything is under the Affordable Care Act because now this person can get insurance.  On the other hand, those of us who did pay attention in 4th grade are scratching our heads trying to figure out where the extra $7 or 8,000 went?  Who gets this extra money??  We all know who is paying for it–all of us.  But who is making the extra money??

I just don’t understand it.

Just in case you still don’t get my point, I bring you this particular study looking at life expectancies based on GMP of countries across the globe.  Here are some interesting points:

And remember, all of this spending is not getting us anywhere.  We are the most medicated country on the planet (we consume a massive 52.9% of the WORLD’S prescription drugs) and it’s getting us nowhere except more sick.

Categories: Drug Research, Health Care Costs
Disclosure of Material Connection: Some of the links in the post above are “affiliate links.” This means if you click on the link and purchase the item, I will receive an affiliate commission. Regardless, I only recommend products or services I use personally and believe will add value to my readers. I am disclosing this in accordance with the Federal Trade Commission’s 16 CFR, Part 255: “Guides Concerning the Use of Endorsements and Testimonials in Advertising.”

2 thoughts on “Paying More for Less; US Healthcare in a Nutshell”