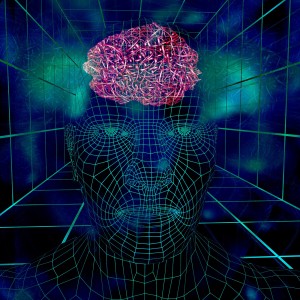 Anyone with a neurological condition, whether anxiety, depression, epilepsy, migraines or MS, will tell you that symptoms wax and wane.  But why?

While a common occurrence, it seems that few question why this is so.  It is considered more as just a course of the condition.  But what if the fluctuations of symptoms are not only explainable, but possibly controllable?

The blood brain barrier (BBB) is a layer of cells that basically separates your brain cells from the rest of your body.  Consider it like the Great Wall of China for your brain.  And there are very specific gates that restrict access to only what your brain needs.  Even immune cells cannot cross this barrier.  Luckily, the brain has its own set of immune cells (called the microglia) to fight off anything that threatens to attack the brain cells.

The BBB develops very early in the womb and, as a result, the immune system never really “sees” the cells that make up the central nervous system.  In other words, it’s a very sheltered, protected environment due to the presence of the BBB.  Or at least it would be if the BBB remain intact.

We know that in certain neurological conditions, like multiple sclerosis (MS), the BBB solidity fluctuates, sometimes doing what it is supposed to be doing and sometimes letting in chemicals, compounds and immune cells that the brain would be better off not being exposed to.  This leaky BBB has been linked to symptom flare ups in MS.

What if you could better control your blood brain barrier through lifestyle choices?  That’s exactly the question raised by this particular study.  In it, researchers looked at two groups of mice.  The first were born to mothers who were raised in sterile, germ-free environments.  In other words, this group of mice did not have the benefit of being exposed to bacteria from the womb on.  The second group was born to mothers who were raised with normal exposures to bacteria.

This is an animal study and done under controlled conditions, but given how much the gut bacteria have been shown to play a role in other neurological conditions, the results of this study are likely to fit in with what we already know.  The relationship between the bacteria in our gut and just about every aspect of health is literally exploding at an exponential rate.  It seems like every day we learn more about how it affects our health and risk of chronic disease.

Despite this, I have patients come in time and time and time again given drugs like antibiotics, steroids and NSAIDs that completely disrupt the delicate balance of the bacteria in the gut.  This remains a topic that mainstream medicine seems determine to remain oblivious to no matter how much research is published.

Categories: Migraine, Probiotic, Seizures / Epilepsy
Disclosure of Material Connection: Some of the links in the post above are “affiliate links.” This means if you click on the link and purchase the item, I will receive an affiliate commission. Regardless, I only recommend products or services I use personally and believe will add value to my readers. I am disclosing this in accordance with the Federal Trade Commission’s 16 CFR, Part 255: “Guides Concerning the Use of Endorsements and Testimonials in Advertising.”