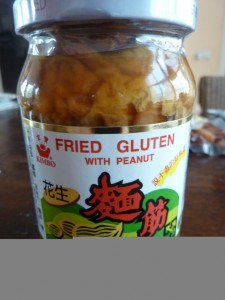 I’ve had many people ask me about this “gluten free” thing and whether it’s “real.” Or is it just a fad?

The shrinkage of the area that is needed to absorb nutrients wreaks havoc long term and leads to most of the issues associated with traditional celiac disease (osteoporosis, neurological disturbances, shortened life span, etc…). This is the far end of the spectrum and is usually diagnosed via biopsy of the lining of the gut. Moving up the spectrum (from worst to less-worser), the blood markers anti-transglutaminase and anti-gliadin antibodies will be elevated and can be checked in a blood test.

This is generally where mainstream medicine stops at the definition of celiac disease. However, as I mentioned, it is a spectrum and not a set point. As you move away from the biopsy proven gluten allergy to the other end of the spectrum, “sensitivity” becomes a much better word to use. At this end, the number of people with sensitivity to gluten is quite high and it is very real.

And the numbers of people with gluten sensitivity keep going up. But why?

A portion of this may due to a cross reaction between a protein found in the yeast Candida albicans and a protein found in gluten. This means that a prescription for antibiotics, which will increase the number of yeast in your gut, can initiate the onset of celiac disease in genetically susceptible patients.

Combine the wanton use of antibiotics with conventionally grown grains given high amounts of nitrogen-based fertilizer (more nitrogen leads to more gliadin for the gut to react to) and you’ve got a recipe for more gluten problems.

But it turns out the story may be more complicated. This particular article looks at the role of glyphosphate (the principle component of the herbicide Roundup used heavily in GMO crops) and the realionship to celiac disease. While the article is quite complex, here are the high points:

• Fish exposed to glyphosate develop digestive problems that are similar to celiac disease.
• Glyphosphate triggers imbalances in gut bacteria (reduced Lactobacillus and Bifidobacterium, which break down gluten).
• Disrupts detox P450 enzymes, interrupting the activation of vitamin A and D, the maintenance of bile acid production as well as the breakdown of environmental toxins.
• Glyphosphate chelates and leads to deficiencies in iron, cobalt, molybdenum and copper.
• Glyphosphate leads to deficiencies in the amino acids tryptophan, tyrosine, methionine and selenomethionine.
• In addition, both celiac patients and glyphosphate exposure increase risk of non-Hodgkin’s lymphoma.
• Both are associated with reproductive issues like infertility, miscarriages, and birth defects.

Making matters worse, glyphosphate residues in wheat and other crops are likely increasing due to the growing practice of crop desiccation just prior to the harvest.

So, is it glyphosphate toxicity or gluten sensitivity? I’m pretty sure that this article didn’t entirely clear things up for many of you. The bottom line is that the answer likely lies somewhere in between. Either way, it would seem smart to take away two needed changes from this article. First, living a naturally gluten-restricted diet is a good idea. This does NOT mean buying the same types of foods you have always eaten but just buying them gluten-free. Not a good idea.

Second, if you do take in any gluten-containing grains, make sure they are organic or at least GMO free to reduce the likelihood that you will be exposed to glyphosphate.

Category: Toxicity
Disclosure of Material Connection: Some of the links in the post above are “affiliate links.” This means if you click on the link and purchase the item, I will receive an affiliate commission. Regardless, I only recommend products or services I use personally and believe will add value to my readers. I am disclosing this in accordance with the Federal Trade Commission’s 16 CFR, Part 255: “Guides Concerning the Use of Endorsements and Testimonials in Advertising.”