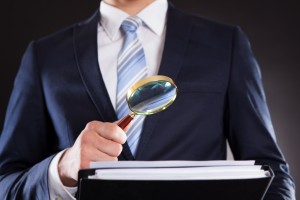 Our world of medicine is dominated by drugs.  Drugs are the foundation upon just about every treatment that mainstream medicine offers.

The entire Affordable Care Act (aka Obamacare) was passed so that patients could now have access to doctors.  And by “access” I mean have someone else pay for services.  And by “services” I really mean drugs.

While this sounds simplistic and singleminded, think about it for a second.  If you KNEW you had high blood pressure, high cholesterol or were overweight and did not want to use drugs, would you make an appointment with your primary care doctor to find out how to change your lifestyle for the better?  Typically not.

No, the creation of the Medicare Part D program, the expansion of Medicaid across the country and the creation of the Affordable Care Act were all about one thing: getting access to doctors to get prescriptions for drugs.  Prescription drugs are the #3 most expensive line item in health care costs (and its growth is by far outpacing the #1 and #2 slots), with #2 being physician costs (the gatekeeper to get the drugs) and #1 being hospital costs.

At the heart of all the research and safety and protection for these drugs to the public is the Food and Drug Administration.  The FDA, as it became officially known as in 1930, has, for over a century, been a government watchdog for the safety of the general public.  One of the largest roles of the FDA is to oversee the approval and use of pharmaceutical drugs used on you and I.

And lord knows we need it.  Drug companies fulfill the archetypical big corporation in the most evil Hollywood blockbuster stereotype, using bribes and seedy marketing techniques to get patients to request their drugs and doctors to prescribe them.  There is little doubt that illegal activities and the fines that accompanying them (when caught) are just a part of the general business plan and put in as a line item expense.

With this business model, the FDA is the only thing standing between your safety and the pharmacetical industry’s desire to turn a massive profit.  And for many years the FDA has done an arguably wonderful job at this task.  However, in recent years, the industry has been plagued with less-than-adequate funding as well as internal influence from the very drug companies they were designed to oversee.

One of the ways that the FDA provides oversight on the drug companies is to inspect several hundred clinical sites performing biomedical research on human participants.  They will occasionally find evidence of substantial departures from good clinical practice and research misconduct. This is really good information for other researchers, grant agencies and regulators to know about.

But what if this information was essentially kept secret?  What if this important information never had an effect on that trial getting published and the study data used to drive your doctor’s opinion on how he or she should treat you?  That’s exactly what researchers looked at in this particular study.

Ok.  So they made some mistakes.  Haven’t we all faked the data on a lab report or lied about how bad we felt to get out of school?  And to heck with protocols–we all just make stuff up as we go along to the outcome is more likely to be in our favor.  And who REALLY cares about the safety of the patients?  It’s all about what’s good for everyone, right?

But none of this matters so long as you come clean in the end with the people you have deceived or lied to.  Unfortunately, the researchers found that this was a rarity.  Only 3 of the 78 publications (a measly 4%) mentioned the misconduct found during the inspection.

So what is the point of having these FDA inspections if the findings are essentially kept a big secret?  Just remember this little study the next time your doctor tells you about how clinical studies have shown that Drug X was safe and actually helped patients with your condition.

Category: Drug Research
Disclosure of Material Connection: Some of the links in the post above are “affiliate links.” This means if you click on the link and purchase the item, I will receive an affiliate commission. Regardless, I only recommend products or services I use personally and believe will add value to my readers. I am disclosing this in accordance with the Federal Trade Commission’s 16 CFR, Part 255: “Guides Concerning the Use of Endorsements and Testimonials in Advertising.”