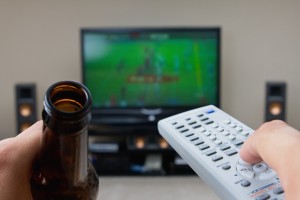 It’s been awhile since I’ve written about how much statins suck, so I thought I’d throw another article about the side effects of statins out there.

Basically, I just can’t figure out why we still use this class of drugs.  At preventing a first heart attack (referred to as primary prevention) you have to treat 1000 people for 5 years to prevent 11 heart attacks.  During this time, another 8 out of the 1000 will develop diabetes.  Another huge chunk of this group will experience a long list of other side effects like muscle pains, muscle damage and liver problems just to name a few.  With all of this taken into account, many in the cardiology community think we should be giving MORE patients statin drugs.

Am I the only one that paid enough attention in math class to know that these numbers suck?  There just really isn’t any other way to describe them.  These numbers are so bad that we have to tell doctors and patients alike the numbers in a different way.  We have to give the benefits in relative risk reduction (50%), not the absolute risk reduction (1%).  I have covered this “playing with numbers” in previous blog articles so I won’t go into it in detail here.  Suffice it to say that, in a group that is at an overall low risk of having a heart attack in the next 5 years (as would be a 45 year-old active male with elevated cholesterol) cutting that low risk in half (the 50% relative risk reduction) is not really going to make much of a difference.

All of this aside, I think the greatest dangers of all drugs, but particularly the statin drugs, is complacency.  It is living with the idea that your condition is “controlled” with medication.  That your health is somehow safer now that you’re on a medication.  While this daydream is very, very clearly not true (as we see time and time and time again in the medical research) it seems like patients become less proactive in their health decisions because numbers are “improved” on a drug.

So if your cholesterol is lowered by taking a drug to lower cholesterol (which it most likely will be because these drugs do actually lower cholesterol quite well) you may not be quite as motivated to avoid refined carbohydrates, avoid animal saturated fats and eat more omega-3 fats in your diet.  Previous research has already demonstrated that statins users have lower diet quality than non-statin users (more fats, high caloric intake and a higher BMI).

Just to take this proof of concept one step further, this particular article looks at the activity level of statin users versus non-statin users (using the Physical Activity Scale for the Elderly, or PASE score)  in a group of 5994 men aged 65 years and older.  And it’s not pretty.  Here’s the details:

I think it would be pretty easy to argue that, in those with some degree of cardiac risk, regardless of what we are measuring (cholesterol, body weight, HDL, hsCRP, etc…) MORE exercise should be the norm.  So why do statin users seem to be adopting poorer lifestyle choices and exercising less?  Maybe it’s because the muscle pain and cramping side effects are cutting down exercise time.  If so, this is unfortunately because exercise is far more powerful in preventing heart disease on a bad day as statins are on a good day.

Or is it that statin users become complacent, adopting the attitude that they really don’t need to make changes because the drug is going to do the work?  If so, this is a very dangerous and slippery slope for your health.

Category: Cholesterol
Disclosure of Material Connection: Some of the links in the post above are “affiliate links.” This means if you click on the link and purchase the item, I will receive an affiliate commission. Regardless, I only recommend products or services I use personally and believe will add value to my readers. I am disclosing this in accordance with the Federal Trade Commission’s 16 CFR, Part 255: “Guides Concerning the Use of Endorsements and Testimonials in Advertising.”