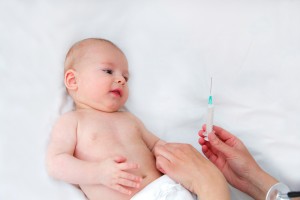 Things have since settled down, but there is no doubt that fear and misinformation reigned supreme for the first part of 2015 in regards to the measles.

I can’t possibly see how you didn’t hear about it, but just in case you’ve been living in a cave for 2015, here’s the rundown.  In December, a yet-to-be-identified person was in Disneyland who was contagious with the measles.  Testing has determined that this particular person may likely have been infected with the same strain that caused a large outbreak in the Philippines last year.

Despite the mainstream press and pretty much every pro-vaccine person out there stating that the “outbreak” started because of bad, evil parents not vaccinating their kids, without knowing who the first case was, we really have NO IDEA whether or not this person was vaccinated.

Disneyland/California Adventure gets some 24 million visitors per year (estimates), which, broken down daily, would be almost 66,000 per day.  And of course, even though December is the busy season, you can still get the idea:  it’s a LOT of people.

And the measles virus can survive up to two hours just hanging out in the air.  Do the rough math.  It is likely that several thousand people may have been exposed.  Or, at the very, very least, hundreds.

I have read many media reports and medical opinions stating that all unvaccinated people exposed to the measles virus will contract the measles, although not a single one of these opinions were backed up by any research that I was able to find.

So how many thousands were infected at Disney?  Was it more like hundreds?  While the exact number of primary cases that came out of Disneyland is hard to find, it seems like the actual number was 51.

Fifty-one out of potentially thousands exposed.

This reminds me of the fear spread on 2009 of the swine flu “pandemic” in Mexico City.  When the dust settled there were 103 deaths from H1N1.  This number may initially sound scary until you realize that the greater Mexico City area has a population of over 21 million (equal to 4.9 X 10-4 percent).  To put this number into perspective, 650 children die each year in the US alone from car accidents (with 48.8 million children, this is 1.33 X 10-3 percent, a full magnitude more–ANNUALLY) .  Yet there has never been an uproar over this statistic.

The number of deaths associated with the Disneyland outbreak?  A big fat zero.  The total number infected that were directly related to Disney?  131.

It’s funny, but writing this blog article now, almost 2 months after the news media frenzy, it is difficult to find any new news of the “epidemic.”  This includes new information from the CDC or MMWR.  The topic pretty much dropped off the face of the country.

What has not died off, however, is the strong push across the states for a tighter and more difficult to obtain immunization exemptions.  Personal liberty be damned–after the near extinction of all life on this planet after the Disneyland epidemic, we NEED everyone to get immunized, regardless of the individual risks. The herd is all that is important.

What has stumped me the most about the entire “vaccinate your child or else you’re being a stupid, selfish parents and community member” attitude is how much it has been fueled by the constant repetition that this outbreak was spread by unvaccinated kids.  But, according the CDC in their own review, these numbers are more consistent with fuzzy math than truth:

So, to sum it up (since the entire scare debate was about vaccinating kids and very few adults who are pushing legislatively to get kids vaccinated are not, themselves, vaccinated), there were 18 out of 110 patients who were unvaccinated children.  That’s 16% for the math wizzes out there claiming that this outbreak was directly the fault of unvaccinated children.

I am aware that, working with Keegan’s 3rd grade homework, Common Core math is really screwed up, but I do still believe that 16% is not greater than 50% (a number past which you could MAYBE argue that this whole debacle was due to the unvaccinated heathens).

“The design and reporting of safety outcomes in MMR vaccine studies, both pre- and post-marketing, are largely inadequate. The evidence of adverse events following immunisation with the MMR vaccine cannot be separated from its role in preventing the target diseases.”

So what does this mean?  Despite all the studies done on the MMR vaccination, we really cannot say with a high degree of confidence, that the vaccination is safe.

Categories: Measles, Vaccination
Disclosure of Material Connection: Some of the links in the post above are “affiliate links.” This means if you click on the link and purchase the item, I will receive an affiliate commission. Regardless, I only recommend products or services I use personally and believe will add value to my readers. I am disclosing this in accordance with the Federal Trade Commission’s 16 CFR, Part 255: “Guides Concerning the Use of Endorsements and Testimonials in Advertising.”