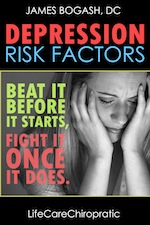 In 2001 there was a large study (called study 329) published by GlaxoSmithKline that essentially gave the green light to the use of antidepressants (specifically paroxetine) in adolescents.

This green light led to pediatricians whipping out the prescription pads in an attempt to help manage depression in adolescents.  This was to the tune of a whopping two million prescriptions in a single year written for children and adolescents with depression in the United States.  Since the drug had not been officially approved by the FDA for this indication, all of these were prescribed off-label.

And how did this happen?  Through a well-planned marketing blitz that called the results of Study 329 as demonstrating “REMARKABLE Efficacy and Safety.”

There was a problem, though.  A big one.

Turns out that the negative side effects were severly downplayed and the study was actually written by a ghostwriting firm hired by GSK.  Despite what the original study authors concluded, later reviews of the actual trial evidence concluded something entirely different.  Turns out that the combination of paroxetine and adolescents led to an increase in suicidal ideation and attempts.

Yes–the trial that was promoted to provide “remarkable efficacy and safety” not only did not help with depression, it actually increased the risk and thoughts of suicide in adolescents.

It is clear that GlaxoSmithKline went out of their way to deceive pediatricians and the adolescents they serve.  And, when all is good and right with the world, GSK should’ve paid the price.  And they did pay out on numerous lawsuits brought about by families of 450 children who had committed suicide, the US Department of Justice and the New York attorney general.  But the billions paid out in lawsuits did not exceed the billions of dollars made on sales of paroxetine.

It was clearly a net profit.

Despite all of this, you would think the original publishing journal, the Journal of the American Academy of Child and Adolescent Psychiatry, would have retracted the original study.  But despite multiple re-evaluations of the trial date, including this particular article, the original article has never been retracted.

If this was an isolated incident, I think we’d all be ok.  But, given that this is not the first time an incident like this has occured, I think we can assume that this is business as usual among the pharmaceutical companies.

With this in mind, how many other drugs out there that are used day in and day out have been built upon lies?

The problem is that we really do not have any idea how many of the drugs out there in common use has been promoted to doctors and the general public using data that has been either made up, twisted, hidden or surpressed.

This particular case with paroxetene may be an isolated event.  Far more likely this is representative of how the drug industry works.  The data and research over the decades has suppported this later view.

I have frequently referred to our system of medicine as having been built on a house of cards supported entirely by massive dollars from the drugs companies.  And it’s working for them.  They get slapped for fines in the hundreds of millions while they make money by the billions.

Category: Drug Research
Disclosure of Material Connection: Some of the links in the post above are “affiliate links.” This means if you click on the link and purchase the item, I will receive an affiliate commission. Regardless, I only recommend products or services I use personally and believe will add value to my readers. I am disclosing this in accordance with the Federal Trade Commission’s 16 CFR, Part 255: “Guides Concerning the Use of Endorsements and Testimonials in Advertising.”