In the state of Arizona, chiropractic care is considered essential. In an effort to continue to support our patients, Lifecare Chiropractic is open at this time. We are maintaining appropriate disinfection protocols and following recommended guidelines to ensure the safety of our patients. 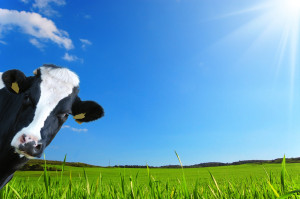 There are times that I think that maybe I’m off base when it comes to my dislike for dairy products and my recommendation to avoid it.

After all, the recommendation to have at least 3 servings of dairy daily is firmly entrenched in just about every public health recommendation since, well like…forever.  And the commercials that you hear just about every day make it sound like milk, cheese and yogurt will make you grow tall and strong and lift small SUVs without breaking a sweat or pulling a hamstring.

The belief that dairy is so an essential component of good health is so strong that many patients feel embarrassed or ashamed that they don’t take in the necessary servings, all the time confident that their bones are pretty much melting into sludge.

But where did all this come from??  Who’s the first one to look at a cow’s udder dangling there and think…”Hey!!  I’ve gotta get me some of THAT!!?

I know I’ve asked this hypothetical question before, but how would you react if you saw a teenager walk up to mom and start nursing?  I’m guessing you’d be appalled and disgusted, but this action is actually be somewhat more acceptable because at least mom would be the same species.  Try to name another mammal that continues to drink mom’s milk after it’s weaned.  You can’t because there isn’t one.

There’s only one real answer as to why we continue to believe that dairy is a health food.  Marketing.  REALLY, REALLY good marketing.

That the only logical answer because it sure as heck ain’t coming from solid research.  (Just in case you think that I’m making this up, feel free to browse through my well-referenced eBook on the evils of dairy by clicking here)

And while dairy has been linked to obesity, diabetes, poor bone health as well as prostate and ovarian cancer, I don’t know that I’ve come across any studies linking dairy consumption and brain damage.

At least, not until now.

But before that, a brief primer on Parkinson’s disease…

Parkinson’s disease is a condition where the brain cells in a certain area of the brain have died off to the point where they can no longer do their job.  Specifically, the dopamine-producing cells in a region of the brain called the substantia nigra die off over time until they can no longer produce enough dopamine to suppress muscle movement.  That’s where the resting tremor comes from—the substantia nigra is not producing enough dopamine to apply the brakes on the muscular system with it’s at rest.

It is estimated that, at the time of diagnosis, those with Parkinson’s have lost 70% of these brain cells.  Don’t know about you, but that sounds like a LOT of brain cells to lose in any one region.

With this in mind, let’s go back to this particular study.  In it, researchers looked at the brains of a group of 449 men (aged 45-68) who had been living in Hawaii to determine how well new nerve cells were being produced in the substantia nigra and how this related to overall dairy intake.  In addition, the researchers looked at the levels of the organochlorine pesticide hepatachlor epoxide residues present in these brains (this pesticide was heavily used in the 1980’s in Hawaii and ended up in the milk).

So what’s the take-home message here?

First of all, commercially grown dairy cows are notoriously high in pesticide residues even if they weren’t raised in Hawaii in the 80’s.  If you are still compelled, for some strange reason, to take in dairy products, stick with organic when possible.

Second, if you’re a smoker, you don’t have to worry about dairy intake—you’re already damaging your brain as much as you possibly can be.

Category: Parkinson's
Disclosure of Material Connection: Some of the links in the post above are “affiliate links.” This means if you click on the link and purchase the item, I will receive an affiliate commission. Regardless, I only recommend products or services I use personally and believe will add value to my readers. I am disclosing this in accordance with the Federal Trade Commission’s 16 CFR, Part 255: “Guides Concerning the Use of Endorsements and Testimonials in Advertising.”