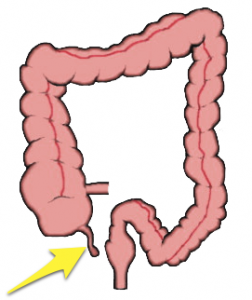 A visit to the ER for abdominal pain in a child can be scary. Most often it’s something simple, but appendicitis can lurk in the shadows.

Signs and symptoms of appendicitis can include slight fever, right sided abdominal pain as well as nausea and vomiting. Almost certainly, a visit to the ER will include a CT scan, despite the strong evidence that the radiation doses from handing out CT scans along with the Halloween candy is creating some 29,000 new cases of cancer per year, half of which will be fatal.

And we just don’t seem to be learning the lesson here. Despite evidence that CT scanning used to diagnose appendicitis in children does not actually change anything, the numbers of scans done in the ER continue to climb.

But is there a better way? You bet. Ultrasounds have been shown to be very helpful in picking up appendicitis cases in children. The problem is that ER physicians take the results of the ultrasound (which, by the way, have NO radiation exposure and are far less expensive than that $3,000 CT scan) with a grain of salt and still order the CT scan for “confirmation.”

This particular study helps to clarify that the CT scan approach is the wrong direction. In this study, researchers looked back on a group of 662 kids with suspected appendicitis to see if there was a difference in outcomes between those who went the CT route (high radiation exposure) and the ultrasound to MRI route (no radiation exposure). Here’s what they found:

• 265 went the CT scan route and 397 had ultrasounds and MRI.
• Negative appendectomy rate (the # of surgeries performed for no reason) was 2.5% for the CT group and 1.4% for the US / MRI group.
• Perforation rate was no different between the groups and the time it took to move to antibiotic administration and operation was no different either.

In other words, the US/MRI route was just as fast and just as safe, but results in almost half the number of children undergoing a surgical procedure to remove an organ they were born with for no reason. Worse, recent research indicates that the appendix may be a reservoir for good bacteria to repopulate the gut after an episode of diarrhea or other gastrointestinal illness. Removing this organ removes this source of good bacteria.

So, the next time you have a doctor recommend a CT scan with high radiation doses for your child, it may be time for a quick second opinion.

Category: Healthy Kids
Disclosure of Material Connection: Some of the links in the post above are “affiliate links.” This means if you click on the link and purchase the item, I will receive an affiliate commission. Regardless, I only recommend products or services I use personally and believe will add value to my readers. I am disclosing this in accordance with the Federal Trade Commission’s 16 CFR, Part 255: “Guides Concerning the Use of Endorsements and Testimonials in Advertising.”