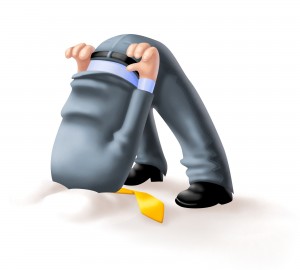 One of the first reactions to my Migraines and Epilepsy book is that people don’t understand what these two conditions have in common.

At it’s foundation, these two conditions share the same mechanism.  I have personally known this for at least a decade, but the information seems to be taking a while to get out there.  Which may seem strange because chronic migraine headaches and seizures are both within the realm of neurology.  Indeed, over the past few years there has been increasing overlap between anti-seizure drugs being used to treat migraines (Topamax, for example).  Taking this even further, anti-seizure medications like Depakote have also been used to treat certain psychological disorders like bipolar disorder.

All in all, if you can take a step back you can see that many of the “brain” conditions overlap.  There is a high incidence of depression in those who suffer from seizures.  Anxiety disorder is also found in much higher numbers in people with epilepsy.  And of course, the aforementioned relationship between seizures and migraines headaches has been demonstrated fairly consistently in clinical studies.

In many cases these relationships are termed “comorbidities” meaning that they occur commonly together.  Kind of like curds and whey.  You can certainly have curds without whey or whey without curds, and neither choice is really connected together other than at some point someone decided to start a trend of eating them together (most likely Little Miss Muffet…).

In most comorbidities pointed out by mainstream medicine the conclusion almost always recommendations to look for the comorbid condition and throw medications at this problem as well.  Need an example?  How about high cholesterol and high blood pressure?  Two conditions that are frequently seen together and considered comorbidities.  And these conditions are given two completely different types of meds for each one.

But these conditions are NOT two separate conditions!!!  Ugh!  At what point will medicine wake up and realize that, in almost every case, comorbid conditions are two conditions that occur from the same problem.  Sticking with the use of analogies, if your car has a severely worn out tire that is flip-flopping and making all kinds of noises as you drive as well as pulling the car to the right would it make ANY sense to adjust the steering so it counteracts the pulling and then turn up the radio so you don’t hear the flip-flopping?

Of course not!!  That would be the most asinine thing you could imagine and you’d shoot the mechanic who recommended this two-pronged “fix.”

When we identify two conditions occurring at a high frequency with one another, never do we step back and ask, “Hey!  What on Earth could be wrong with the body to produce both migraines and seizures?”

Nope.  We just add on more medications for the second condition.

When it comes to both migraines and seizures there has been evidence for many years now that the underlying mechanism is the same or at least real similar.  The underlying problem centers around the ability of the brain cells to generate enough energy for that brain cell to function optimally.  Without enough energy the brain cell goes haywire.  In some people this produces a migraine, in others a seizure.

Now, it’s not quite that simple, but that’s the basics.  This is also why so many things that have been shown to be helpful for migraines are helpful for seizures and vice versa.  Exercise, essential fatty acids, antioxidants, magnesium, vitamin D….the list is pretty long.

So what does all of this have to do with this particular study?  In it, researchers asked 772 neurologists across 89 hospitals as well as two tertiary epilepsy clinics about whether they thought current headaches are more frequent in people with epilepsy than in the general population.  Keep in mind that this relationship has been understood for some time now and I have written about this in past blog posts.  In other words, it’s not new news.

Here’s what the researchers found:

I have said time and time again that the vast majority of physicians are decades behind the medical research, specialists included.  This article just reinforces the idea that there is a VERY good chance that your neurologist does not really understand the relationship between chronic migraine headaches and seizures.  Maybe you could buy him or her a copy of my book for Christmas…