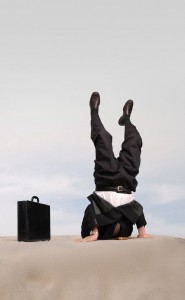 Ezetimibe, aka Zetia, hit the market in 2002 based on its ability to lower LDL cholesterol levels. Scripts skyrocketed 180 TIMES over the next 6 years.

In the US in 2002, 6 out of 100,000 people were given prescriptions for Zetia; by 2008, this number vaulted to 1082 per 100,000 persons. A mind blowing increase for a drug that had not yet been shown to save lives, just shown merely to lower LDL cholesterol. In Canada, over similar time frames, use jumped from 2 per 100,000 to 495, an even more massive increase of 247.5 TIMES as many prescriptions. Again–for a drug that really hadn’t been shown to do anything just yet.

And it is chiropractors who are sometimes accused of being unscientific.

This should have all changed in 2008 with the release of the data from the ENHANCE trial. In the ENHANCE trial, ezetimibe was added to a statin (the combination being called Vytorin) to further force cholesterol levels down, because that is really all that is important. Disappointingly, the trial showed no benefit from ezetimibe.

Just in case this wasn’t enough, in 2009 in the ARBITER 6–HALTS trial, the combination was actually shown to INCREASE plaguing in the carotid arteries of the neck. Not a good thing. Surely, by this point prescriptions for Zetia fell to nonexistent levels, right?

This is not the first example of mainstream medicine ignoring the evidence that is supposed to guide the practice of medicine. But this one seems particularly bothersome. This drug launched itself from zero to near superstar status on pretty much nothing but the ability to lower a single lab value 20%. And, I might add, this particular lab value is LDL cholesterol, which has now lost favor as a lab value that has any real ability to predict risk of heart disease.

The bottom line is that you should ONLY see a physician who keeps up with the medical literature. Maybe not to the DSM-V worthy level that some of us do, but at LEAST the basics. If you doctor has written you a prescription for either Zetia or Vytorin, he or she is not in this group.

Categories: Cholesterol, Drug Research, Heart Disease
Disclosure of Material Connection: Some of the links in the post above are “affiliate links.” This means if you click on the link and purchase the item, I will receive an affiliate commission. Regardless, I only recommend products or services I use personally and believe will add value to my readers. I am disclosing this in accordance with the Federal Trade Commission’s 16 CFR, Part 255: “Guides Concerning the Use of Endorsements and Testimonials in Advertising.”