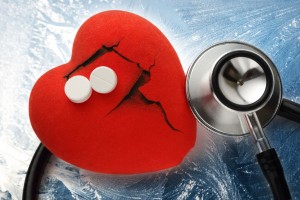 Despite all the less-than-stellar research on cholesterol lowering drugs, the powers-that-be want us to take even more of it.

The latest “cholesterol guidelines” released late in 2013 have drastically increased the number of patients who would potentially be given a statin.  They have finally dropped the fallacy that total cholesterol has any value (you know–total cholesterol–that lab value that you were taught to pay attention to so doctors would know when to put you on a cholesterol lowering medication..) and basically state that you should be given a statin if your doctor THINKS you might be at risk for a heart attack.

I have certainly been a vocal opponent of the statin class of drugs because the numbers just don’t make any sense.  Treat 1,000 people for 5 years to prevent 11 heart attacks (instead of 22 people who would’ve had heart attackes without the drugs), while at the same time causing diabetes in 8 more.  A net gain of 3.  Out of a thousand.  In 5 years.

That just sucks in my book.

And “they” think we should use it more on more patients.  None of this takes into account the very long list of side effects from this class of drugs (other then the already mentioned increased risk of diabetes).

And, as we treat more and more patients with cholesterol lowering drugs, the amount of people experiencing side effects is just going to skyrocket.  But at least they are not going to have a heart attack because of the statin drugs.

I guess that all depends.

This particular study looks at one of those little-known secrets about drugs to lower cholesterol.  While they all lower cholesterol levels (for whatever that is worth), in some individuals the drugs also lower HDL (the “good”) cholesterol.  This is generally not a good thing.  Specifically, researchers looked at 724 patients who had just started treatment with statins after having a heart attack and followed for 6 to 9 months.

THIS is the wonder drug that seemingly all of medicine is hanging their hats on to save the world from heart disease?  I‘ll take lifestyle changes, thank you.

Categories: Cholesterol, Heart Disease, Stroke
Disclosure of Material Connection: Some of the links in the post above are “affiliate links.” This means if you click on the link and purchase the item, I will receive an affiliate commission. Regardless, I only recommend products or services I use personally and believe will add value to my readers. I am disclosing this in accordance with the Federal Trade Commission’s 16 CFR, Part 255: “Guides Concerning the Use of Endorsements and Testimonials in Advertising.”