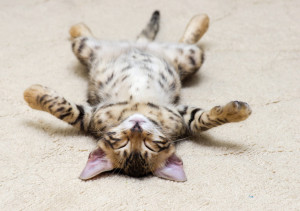 Most solid cancers have a long list of well-documented ways to prevent them. Treatment, however, remains shaky. Breast, prostate, colon and pancreatic cancers are all very preventable.

But the lifestyle choices known to prevent these deadly cancers are not always easy.  Luckily, many of them are easy to implement and live by.  More troubling, however, are the risk factors that you may not be aware of or that you can’t change.

Things that happened to you as a teenager can have a lifelong effect on breast cancer rates.  You age when you started menstruation, how much sun exposure you got and how much soy you ate as a teen are all influential factors.

But what about your own personal circadian rhythms?

I’m not talking about a blues band from Atlanta.  I’m talking about your body’s daily rhythm as it pertains to day and night.  We are NOT nocturnal creatures.  We’ll leave that to the bats.  We should be sleeping at night.

Despite this, sleeping disturbances are quite common in society.  Insomnia, sleep apnea, restless legs, late nights and problems falling asleep plague society.  Much of this is because we are so stressed that we can’t relax enough at night to settle into a restful night’s sleep.

Then there are the midnight-shift workers and airline personnel that are frequently changing time zones.  This group of people have problems with their circadian rhythms because of their work schedules.

There are documented health problems that midnight shift workers experience.  Weight gain and obesity are on the top of the list.  Higher rates of breast cancer have also been demonstrated.

Which brings us to this particular article.  In it, researchers take a much deeper look at the relationship between sleep disturbances, light exposure at night and breast cancer risk.  In this study, female mice at an increased risk of breast cancer (along the lines of a BRCA mutation) were evaluated to see what kind of effect swapping dark and light exposure had on tumor growth over a lifetime.  At the end of each week, the mice were exposed to a full 24-hour period of either light or dark.

The results were a little shocking:

Based on this study, it is clear that messing up the normal day-night rhythms that we are all designed for creates problems.  There are a number of ways in which this might occur, such as:

Whatever the reason, the links continue to be proven.  If you are one of these people that gets exposed to light at night, here are some tips:

If you have a job that requires the midnight shift or lots of travel to different timezones, there may not be a lot you can do in this regard.  However, there is still a long list of lifestyle choices that go a long way to combat your sleep / wake cycle disturbances.  These choices become that much more important.

Category: Breast Cancer
Disclosure of Material Connection: Some of the links in the post above are “affiliate links.” This means if you click on the link and purchase the item, I will receive an affiliate commission. Regardless, I only recommend products or services I use personally and believe will add value to my readers. I am disclosing this in accordance with the Federal Trade Commission’s 16 CFR, Part 255: “Guides Concerning the Use of Endorsements and Testimonials in Advertising.”