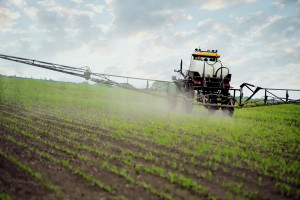 Calories in, calories out.  Seems to be a simple enough equation for weight loss or maintenance.  Or, at least it used to be.

Make sure your son or daughter stays active.  Throw out any Kellogg’s breakfast cereals and keep them away from fruit juice.  These recommendations are simple enough and makes sense for keeping the rising obesity tide in children at bay.

But somewhere along the process the equation changed.

When you took math class, you were dealing with numbers you understood and could work with.  But what if the equation your teacher put in front of you had numbers that weren’t even on the page?  Makes absolutely no sense, right?

But when it comes to health, this is exactly what is happening.  As society and manufacturing have progressed we have introduced chemicals into the environment that can have a very strong impact on your risk of chronic disease.  It’s no longer about watching the calories you eat and making sure you stay active.  The equation now contains chemicals in the environment that are affecting your health.  And not in a good way.

Many are aware of the more common chemicals like bisphenol A (BPA) in plastic water bottles, thermal register receipts and soda cans.  Teflon in non-stick cookware.  Flame retardants in your clothing, mattress and furniture.

But if in casual conversation I asked your thoughts about dichlorodiphenyldichloroethylene I’m pretty sure you’d give me a blank look and steer the conversation to politics.  Unless, of course, you’re a biochemist for DuPont.

If instead I asked you if you had ever heard of DDT used as a insecticide in farming, that glossy look in your eyes would disappear and you’d become more and more animated as you recall the damage this chemical did to animals in the environment and how it was banned from use in the US in 1972.

The rest of the world was a little slow to catch on.  DDT was banned worldwide during the Stockholm Convention on Persistent Organic Pollutants (POPs) on May 21, 2002, going into effect in 2004.  Over a decade ago.  Little did we know just how tough it was for Mother Nature to degrade and get rid of DDT.

With this in mind, if you knew that dichlorodiphenyldichloroethylene was a breakdown product of DDT, things would make a little more sense.  And your cause for concern would go up.

Here in the US, 40+ years after DDT was banned, almost all of us have breakdown products of DDT that can be found in our blood.  Scary.

The DDT ban is not so new in Europe and given how long it takes for DDT to clear from the environment it’s hard to imagine that this is not having an effect on our kid’s health.

As if this wasn’t enough to worry about, phthalates are incredibly common in our lives.  That “new shower curtain smell” or the new car smell likely indicates that phthalates are present.  Many “fragrances” have phthalates embedded within them.  Think about how many household items you use on a daily basis that have a scent to them.  It’s likely that phthalates are at work.

All of these environmental chemicals have been shown to contribute to chronic disease.  Top of the list is obesity.  But just how much do these chemicals contribute?  Just a little?  A lot?

This is the exact question posed in this particular study.  In it, a panel of researchers used models to estimate the potential that dichlorodiphenyldichloroethylene, BPA, phthalates and other chemicals were contributing to childhood obesity.  Then they went further, determining the costs related to healthcare expenditures due to these chemicals.  Here’s what they found:

These are estimates, but they are based on what it known about how much these chemicals contribute to poor health.  Unless you take these chemicals into account for the equation of your good health, the solution won’t balance.

In everything you do, you need to pay attention to the chemicals you may be exposed to and do your best to avoid them whenever possible.

Categories: Childhood Obesity, Environmental, Obesity and Weight Loss
Disclosure of Material Connection: Some of the links in the post above are “affiliate links.” This means if you click on the link and purchase the item, I will receive an affiliate commission. Regardless, I only recommend products or services I use personally and believe will add value to my readers. I am disclosing this in accordance with the Federal Trade Commission’s 16 CFR, Part 255: “Guides Concerning the Use of Endorsements and Testimonials in Advertising.”