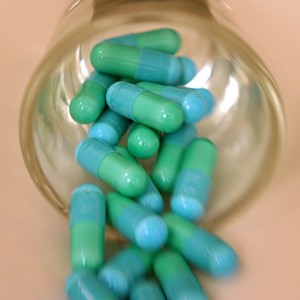 There are many causes of adult and childhood obesity, but some rise to the top.

Today’s poor quality diets consisting of liquid calories (regardless of whether it’s milk, soda or Gatorade, we should NEVER drink our calories) and phytonutrient-poor food choices combined with the culling out of physical activity at home and school.

Digging a little deeper you can find that chemical exposures like BPA in plastics, phthalates in vinyl, Teflon in cooking pans and flame retardants in mattresses, furniture and clothing all contribute to weight gain, obesity and diabetes.

Pulling out the shovel to dig even further and you will find that childhood neglect also contributes to childhood obesity. This can be nutritional, emotional or physical abuse.

If you happen to have any excavating equipment, you will find that exposures in the womb can prime the as-yet-unborn child for chronic diseases like obesity, heart disease and diabetes. High levels of maternal stress, chemical exposures and poor dietary choices by mom have all linked to later chronic diseases.

Which brings us to this particular study. In it, researchers looked at the links between antibiotic use in childhood and later obesity.  The relationship between the bacteria in our gut and obesity has been in the spotlight for the past few years.

Rather than any single bacteria that plays a role in protecting or producing obesity, it has more to do with the patterns of bacteria present within the gut. Following this concept, it would make sense that antibiotics, which completely decimate the bacteria in the gut, will have some of role to play in obesity.

Broad spectrum antibiotics, which indiscriminately destroy the good bacteria in the gut, would have stronger effects.

Someone’s going to have a really hard time convincing me that 69% of infants in this study needed to be on antibiotics (the study included 64,580 infants, so that makes 44,560 infants exposed to antibiotics overall).  This is an astounding number.  I have said time and time again that I consider the wanton destruction of the normal bacterial flora in an infant one of the worst things that can be done to that child’s immune system.  Until the culture of medicine wakes up and stops worrying about the stupid concern of antibiotic resistance (OK…not stupid, but pales in comparison to destruction of the normal flora…) and truly begins to understand the devastation that antibiotics play we will never see this trend reverse.  Part of the onus is also on the parent for not questioning the prescription in today’s day and age of the Internet.

The bottom line?  Think really, really, really hard when your infant is given a prescription for antibiotics.  Question the pediatrician about the long-term side effects.  If he or she seems unaware besides antibiotic resistance, this is your first sign that your doctor hasn’t cracked a medical journal in QUITE a while.  Time to run.

Personally, I usually steer my patients towards family practice.  In general, providers in a family practice seem far more in tune with the research and less inclined to follow dogma and write a prescription for every stuffy nose.

Categories: Childhood Obesity, Obesity and Weight Loss, Probiotic
Disclosure of Material Connection: Some of the links in the post above are “affiliate links.” This means if you click on the link and purchase the item, I will receive an affiliate commission. Regardless, I only recommend products or services I use personally and believe will add value to my readers. I am disclosing this in accordance with the Federal Trade Commission’s 16 CFR, Part 255: “Guides Concerning the Use of Endorsements and Testimonials in Advertising.”