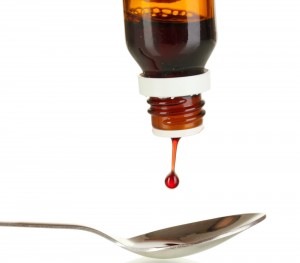 Cold medicines, anti-depressants, sleep aids, asthma/COPD drugs. You assume they’re safe because they’re readily obtained in the corner drug store or given to you by your doctor.

The list we are concerned about here are the anti-cholinergic drugs and can include some names like Amitriptyline, Dramamine, Unisom, Advil PM, Benadryl, Wellbutrin, Detrol and many cough suppressants.  The side effect may include some short-term drowsiness.  But if you just refrain from driving after taking them you’ll be just fine.

If you’re brave enough, though, you may venture to the package insert and read about all the other nasty side effects you may experience.  Things like nausea, vomiting, excessive sweating and growing an extra limb are pretty common.  But you figure there’s always times when an extra limb would be helpful, so you’re not too worried.

But what if these all-too-common seemingly-innocent drugs are actually destroying your brain?

You know that I wouldn’t be posing the question unless it had something to do with this particular study.  In it, researchers followed 3,434 older adults (average age, 73 years) who did not have dementia at the beginning of the study for an average of 7.3 years.  Shockingly, 20% of the seniors in this study were taking some form of anti-cholinergic drugs.  That’s at least 10 people in a decent sized bingo game.

The scary thing is that the dosage were CUMULATIVE.  As in adding it all up.  Even casual use  (twice a week for a year) can put you at an increased risk.  At the high end of the dosage, 1095 cumulatively over the course of 10 years is only daily use for 3 years or 2-3 times per week for 10 years.  And many of these drugs are for chronic use, putting many users into the at-risk category.

While the focus of this article is not to go into individual uses for the anti-cholinergic drugs and how they can be better managed without destroying your brain, you at least need to understand that, if you use any of these drugs on a regular basis, you may be putting your brain at risk.  While this study was done on a senior population, you can bet that damage is still occurring in a younger brain.

And, since you’ve only got one of them to use, I personally think you should do everything possible to protect what’s inside your skull.

Category: Alzheimer's
Disclosure of Material Connection: Some of the links in the post above are “affiliate links.” This means if you click on the link and purchase the item, I will receive an affiliate commission. Regardless, I only recommend products or services I use personally and believe will add value to my readers. I am disclosing this in accordance with the Federal Trade Commission’s 16 CFR, Part 255: “Guides Concerning the Use of Endorsements and Testimonials in Advertising.”