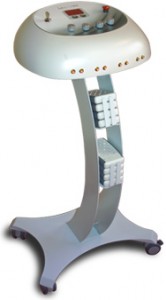 You have tried everything.  Diet, exercise, the latest supplements, but the love handles just won’t go away.

At this point, you hit the Internet to find other options.

Before we do this, though, we need to make something very clear.  Anything else that you do should be IN ADDITION TO lifestyle choices that are consistent with a low calorie, high phytonutrient diet.  Avoid refined carbs, keep overall carb intake under control, short burst aerobic activity combined with strength training and a strong intake of healthy fats.

This is were bad things happen.

Your inflamed abdominal fat is now secreting its own set of hormones called adipokines that drive further inflammation and increase your risk of things like cancer, heart disease, stroke, diabetes and osteoporosis.  Not good.

At this point you can now consider your abdominal fat as its own organ system.  And is some cases, this organ becomes the largest organ in your body.

Anything at all you can do to lower the inflammation in this abdominal fat region is a good thing.  This is where lifestyle comes in.  Lifestyle changes are the most powerful tool for lowering inflammation in your body, abdominal region included.

That being said, it might make sense that, if you could remove some of the abdominal fat with surgical procedures or destroy it with cold, heat or sonic waves, this would help with the overall inflammation.

But you didnt really think it was going to be that easy, did you?

Previous research has demonstrated that this is NOT a good idea and works quite the opposite.  Traditional liposuction led to a 10% increase in visceral fat around the heart–a MUCH worse option.

This particular study further points to any type of invasive liposuction as being a bad idea.  In it, researchers looked across 11 studies that included 271 individuals to see if lipectomy (any procedure that removes or kills off fat cells would fall under lipectomy) had any effect whatsoever on diabetic markers after the procedure.

The result?  No evidence that lipectomy does anything positive for your overall metabolism.

Now, I may be biased because our office has had a non-invasive laser lipo unit for almost 4 years now that uses LED diodes to reduce inflammation in the gut and thereby reduce the size of your inflamed abdominal organ safely.

Unlike lipectomy, LED diode laser lipo HAS been shown to positively affect certain diabetic markers like LDL cholesterol (no published studies that I can link to at this time), but this makes sense because the effect of laser and LED has been known to lower inflammation levels for many years now.

For me, the choice would be simple.  Lower inflammation in your abdminal fat safely using light or destroying it without actually fixing the problem.

But, as I mentioned, I’m biased…

Categories: Obesity and Weight Loss, Prediabetes
Disclosure of Material Connection: Some of the links in the post above are “affiliate links.” This means if you click on the link and purchase the item, I will receive an affiliate commission. Regardless, I only recommend products or services I use personally and believe will add value to my readers. I am disclosing this in accordance with the Federal Trade Commission’s 16 CFR, Part 255: “Guides Concerning the Use of Endorsements and Testimonials in Advertising.”